SCHENECTADY – A Place for Jazz saved its biggest for last on Friday when the biggest band of the season roared onstage at the Carl B. Taylor Auditorium at SUNY Schenectady and drew the biggest crowd.

Pianist-composer-arranger Peg Delaney led a black-clad crew of local heroes in two sets of her original tunes, then lit up “Seven Steps to Heaven” in their departure-less “encore.”

The show had a warm family feel. Six of the band’s 18 members also play in Keith Pray’s Big Soul Ensemble and many Delaney tunes described family members. In her relaxed, easy way, Delaney proved a most entertaining, funny host, dropping quietly witty asides into song intros. Fighting yards of charts in exaggerated confusion, she exclaimed “So many PAGES!” with mock dismay.

In fact, her explosion of new songs – and reworked older ones – may be one of few unmixed blessings of the pandemic. Delaney explained how enforced solitude had revved up her creativity, and seemed genuinely grateful for the two-year delay in getting this show onto the stage after two postponements. “I’m writing so much better now,” she said, as if a bit surprised.

She later told me, “I’ve been living with the melodies for years and knew they needed a bigger place to develop them than just a trio or quartet form. (I’m) really glad I got the time to get it into this big band.”

Responding to the sturdy architecture of her compositions, with clever chordal and rhythmic explorations, the band swung their asses off.

They started basically right in Delaney’s home with songs affectionately, energetically portraying first her now-46-year-old son, then paying tribute to both children together, then a tune composed as a birthday card for husband Bill Delaney.

Delaney’s arrangements gave everybody plenty to do, smooth or jagged section playing that required and rewarded heads-up sharp attention, and solo time for here-I-am expression.
She grew her tunes from a particular life but jumped right into the universal without needing translation. And the band brought their own gifts to her tunes.

For all the fireworks from the burly brass and reeds sections, the band’s not-so-secret weapons were all packed together stage right: the rhythm section of drummer Gene Garone, puckish percussionist Brian Melick, bassist Gregg August and Delaney herself.

Garone was the big band’s rock, muscular like Buddy Rich, swinging with direct clarity and punch. Melick mainly rode and embellished the groove, but occasionally burst through to dazzling effect, as in “My Tuna.” An ambitious composer and bandleader himself, August led his own band in a previous A Place for Jazz season. He plays in JD Allen’s trio and numerous orchestras and ensembles. He released “Dialogues on Race” in 2020 to widespread praise for its courage and ambition. On Friday, he proved a modestly supportive team player. And Delaney’s too-scarce solos were often the clearest statements of the melodies she expanded into the massed or solo voices of her many players.

On the morning after, Delaney graciously shared her plan for the show, song by song, with my comments indented after each:

At the end, Delaney exclaimed, “This was a gas for me.” 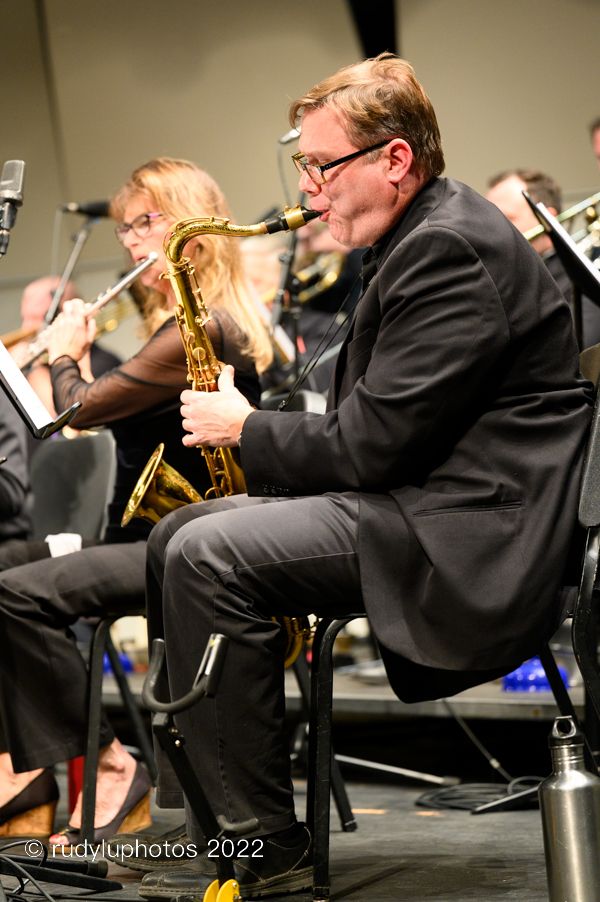 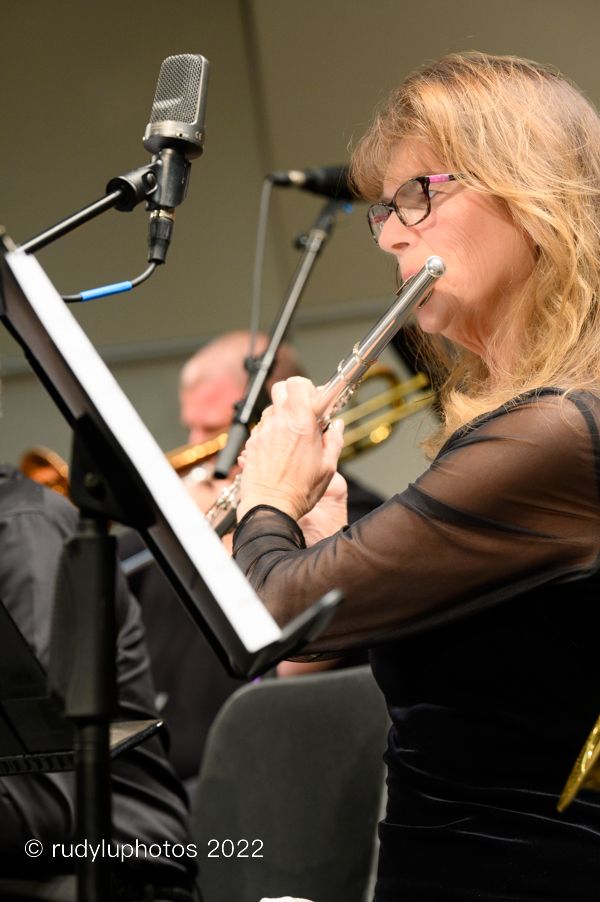 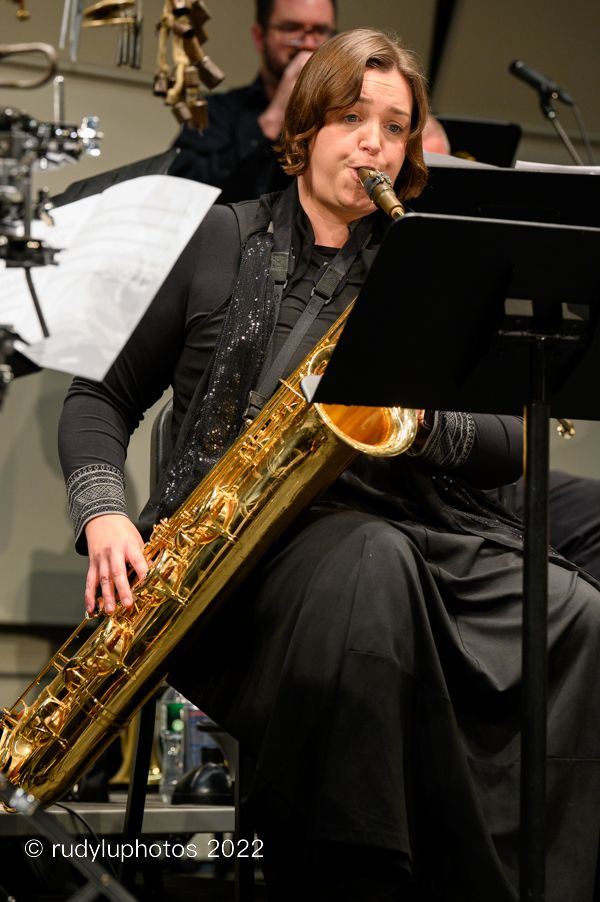 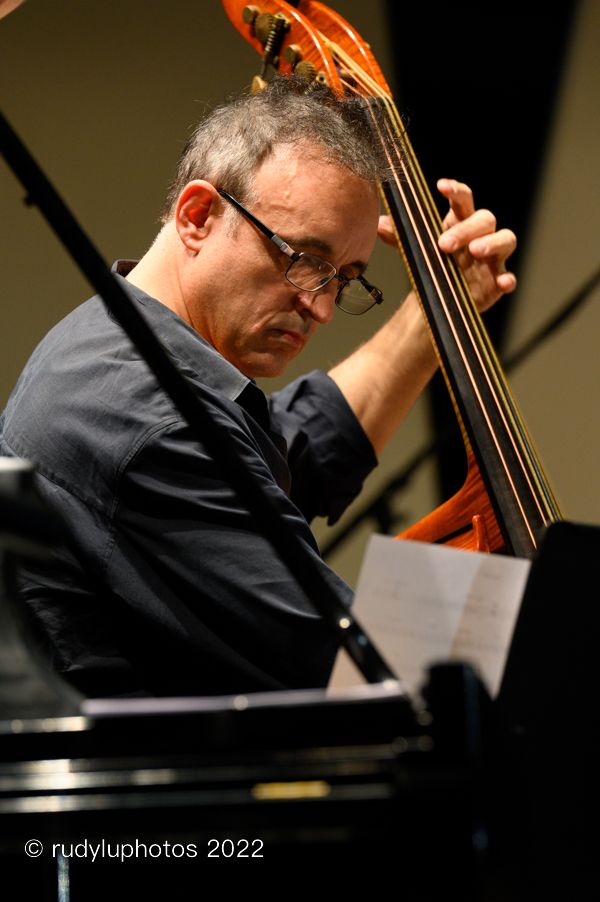 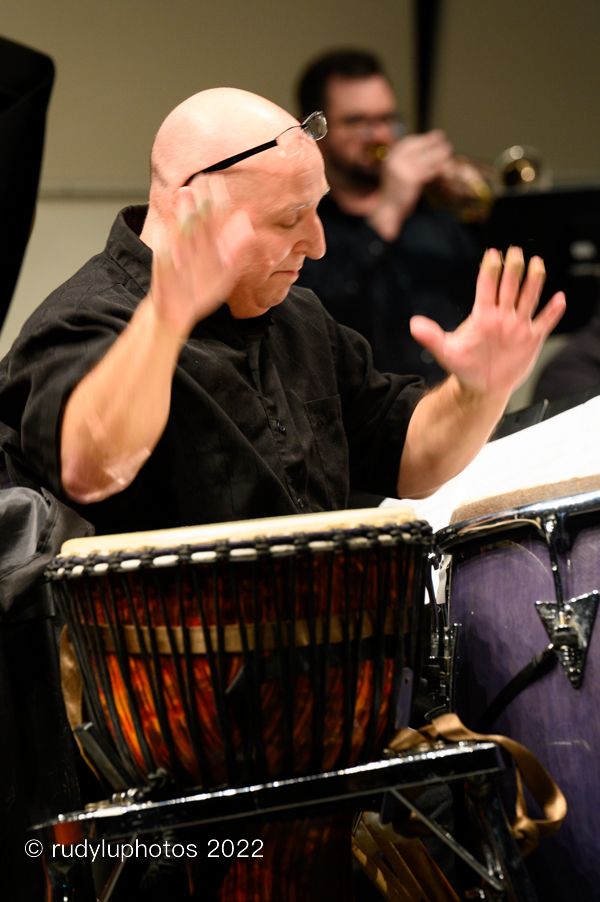 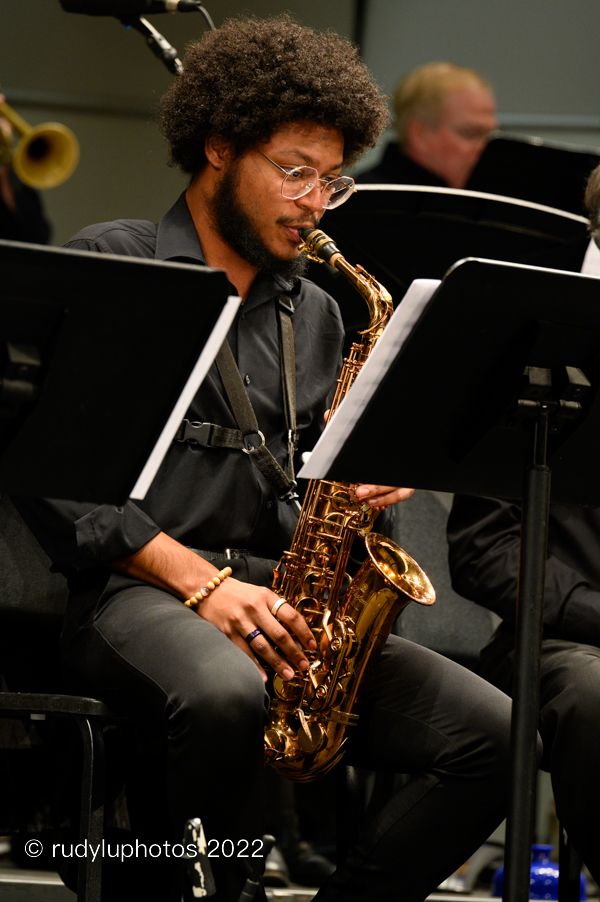 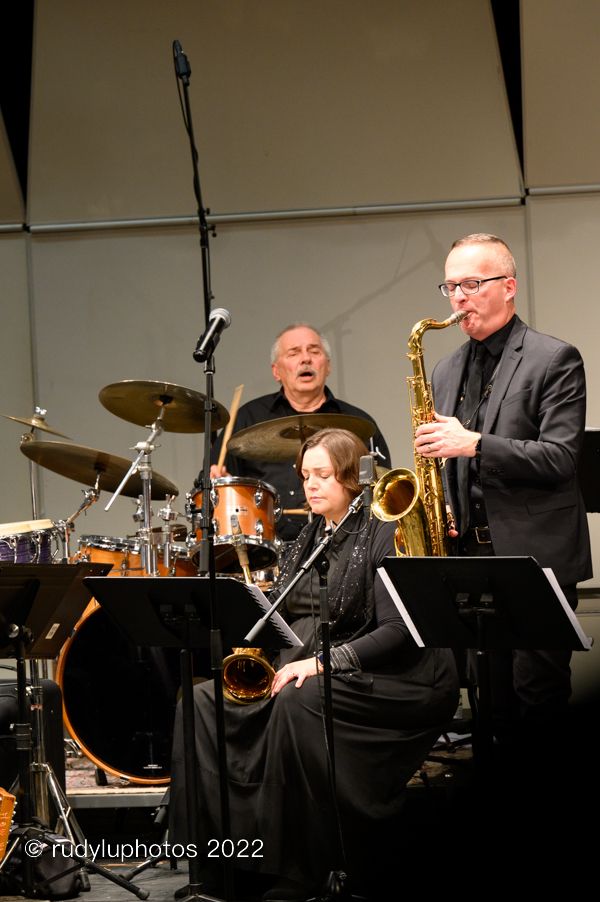 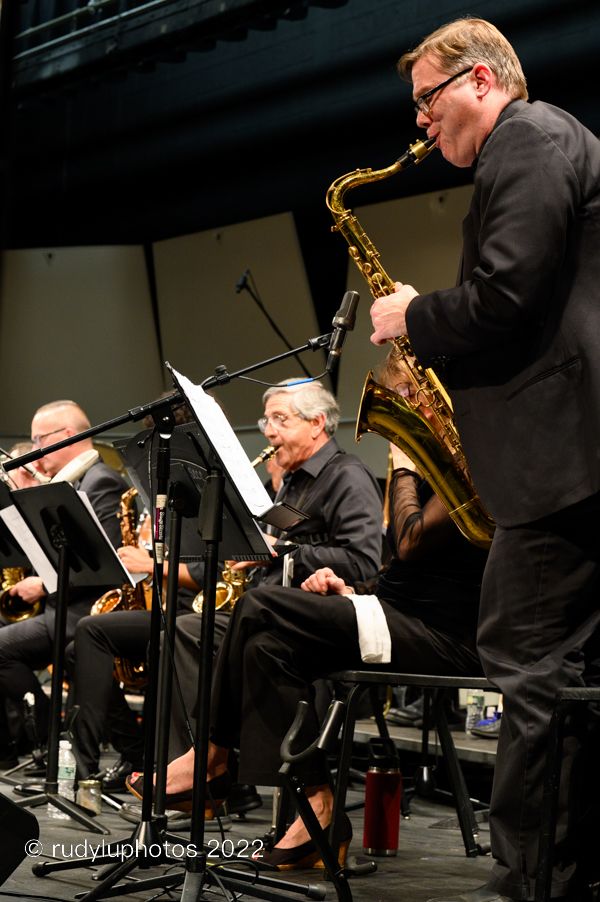 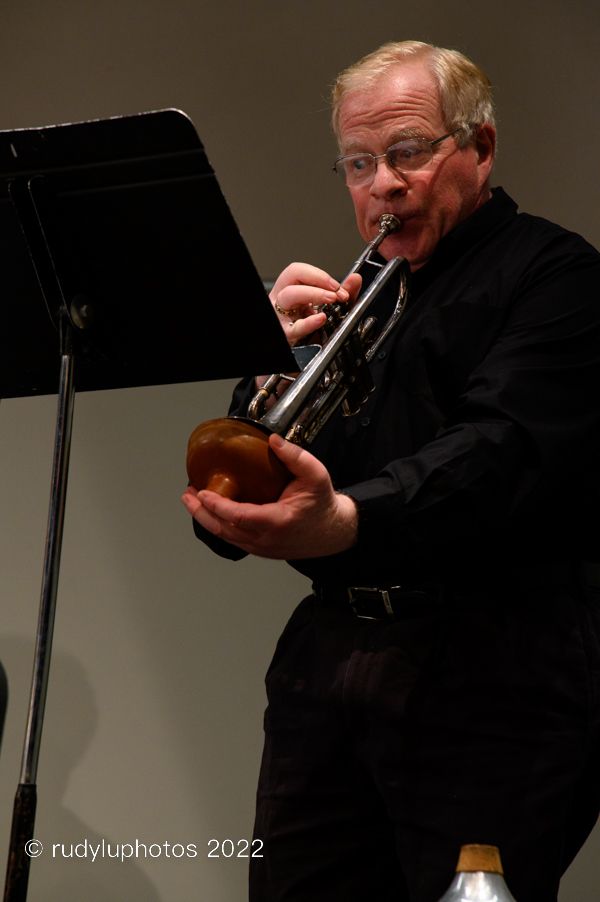 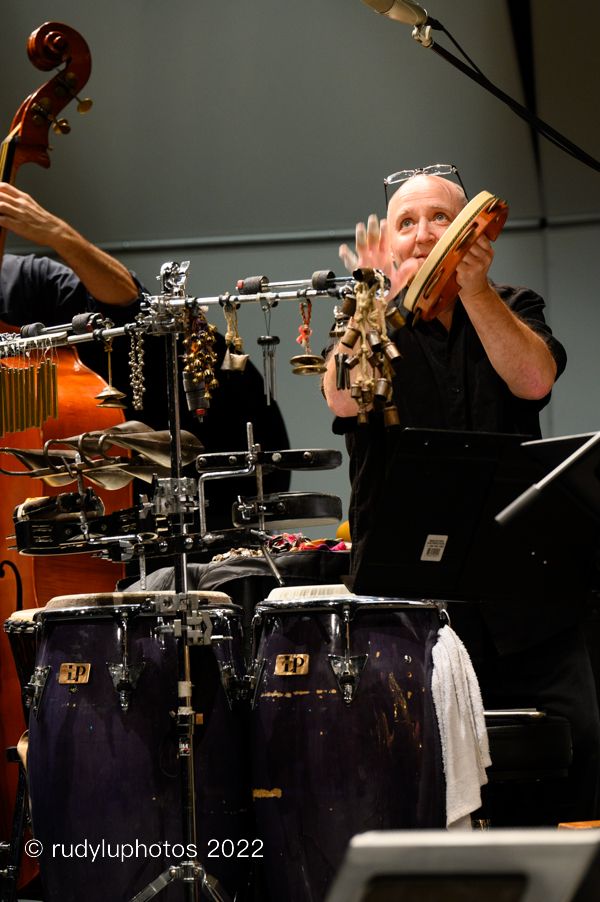 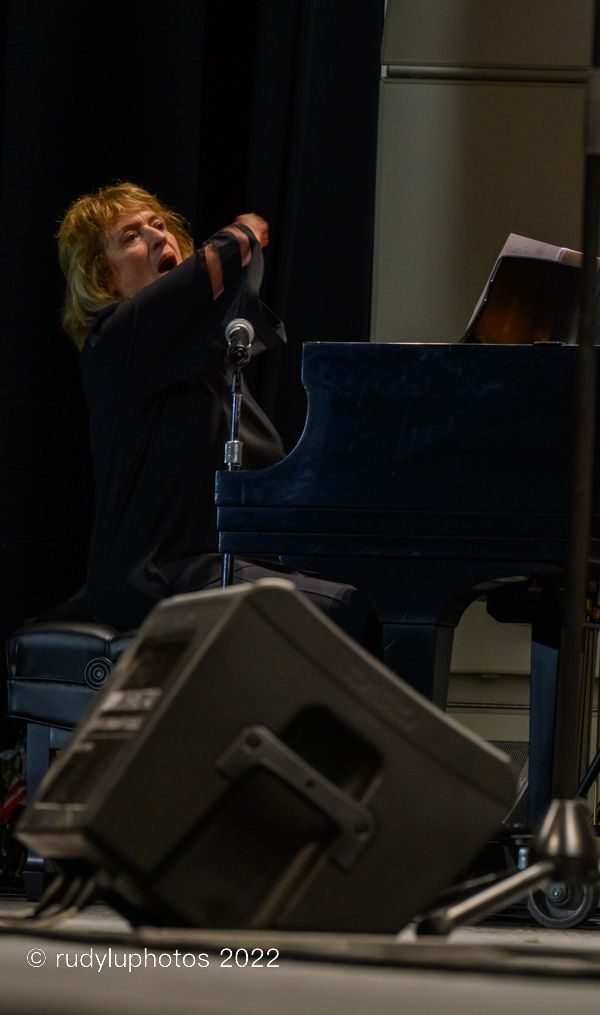 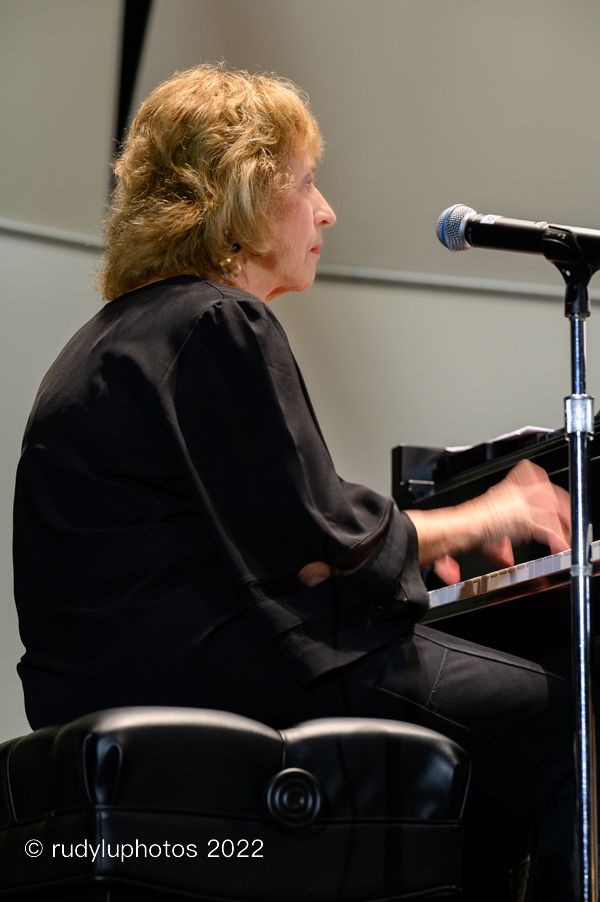 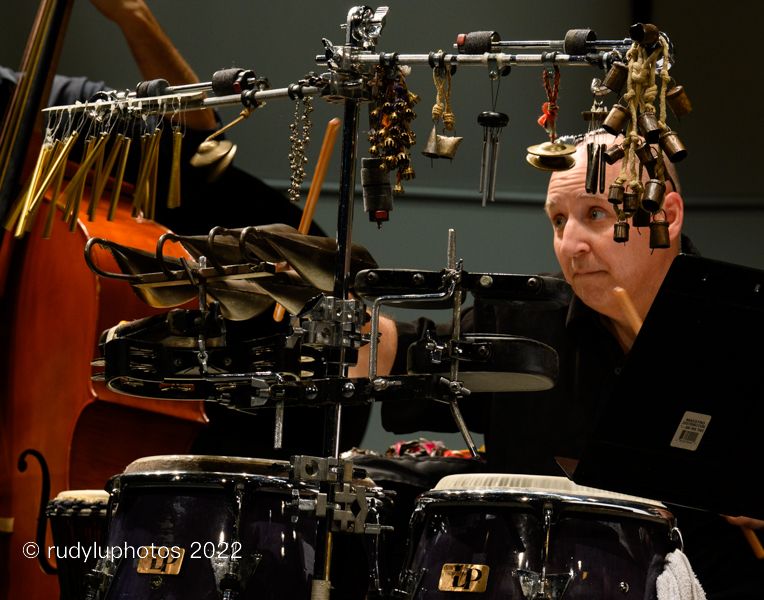 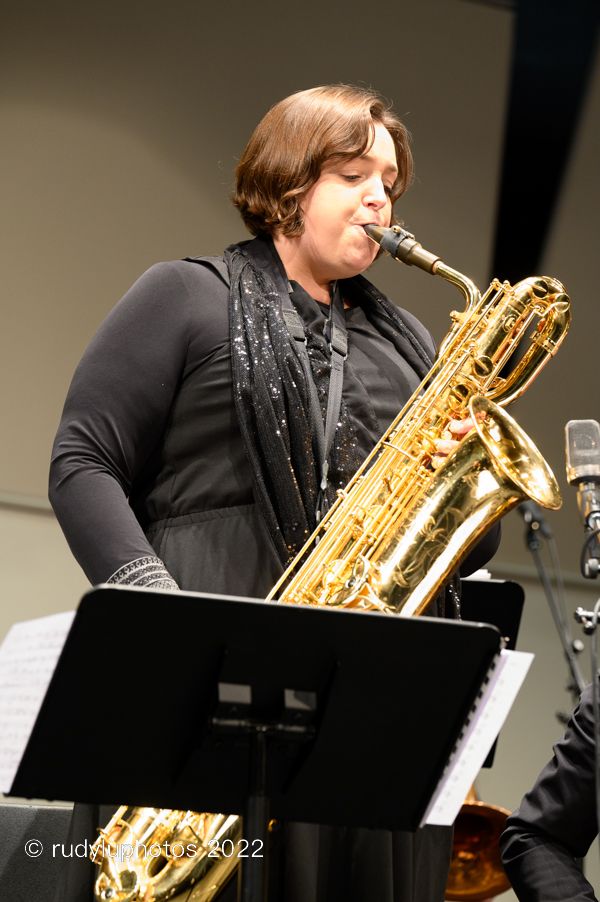 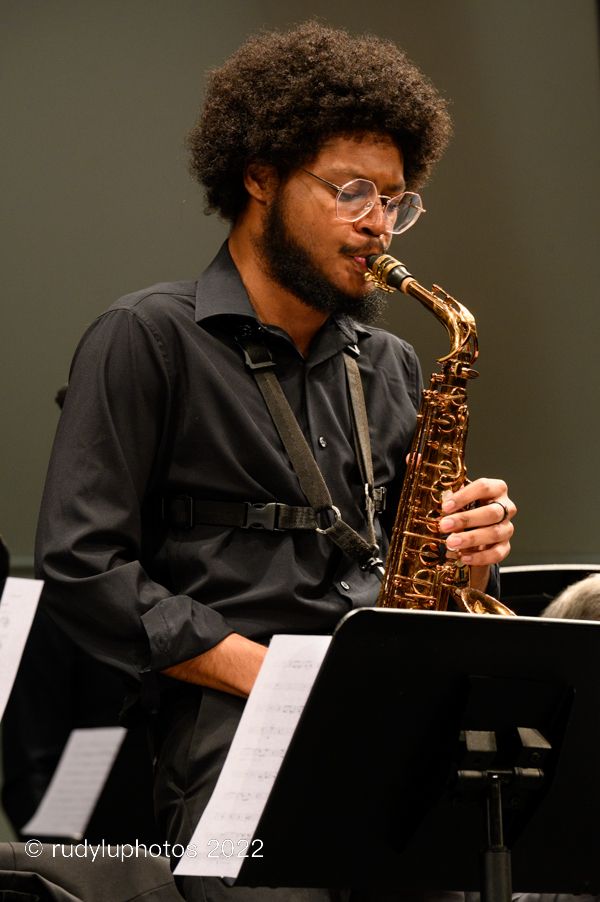 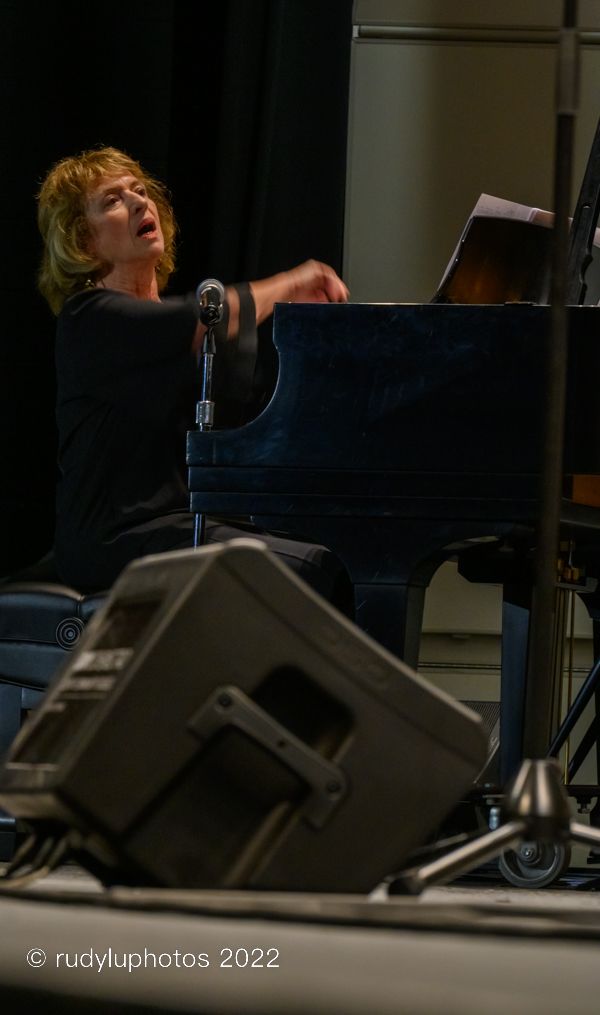 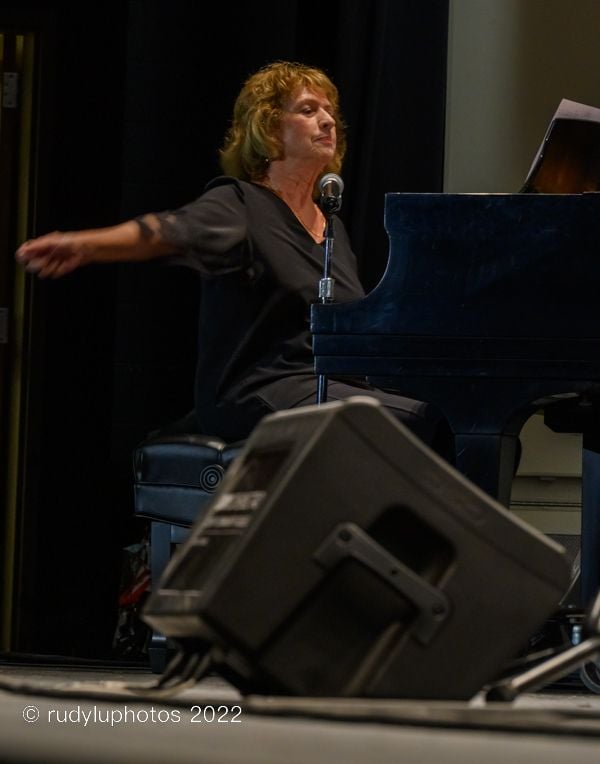 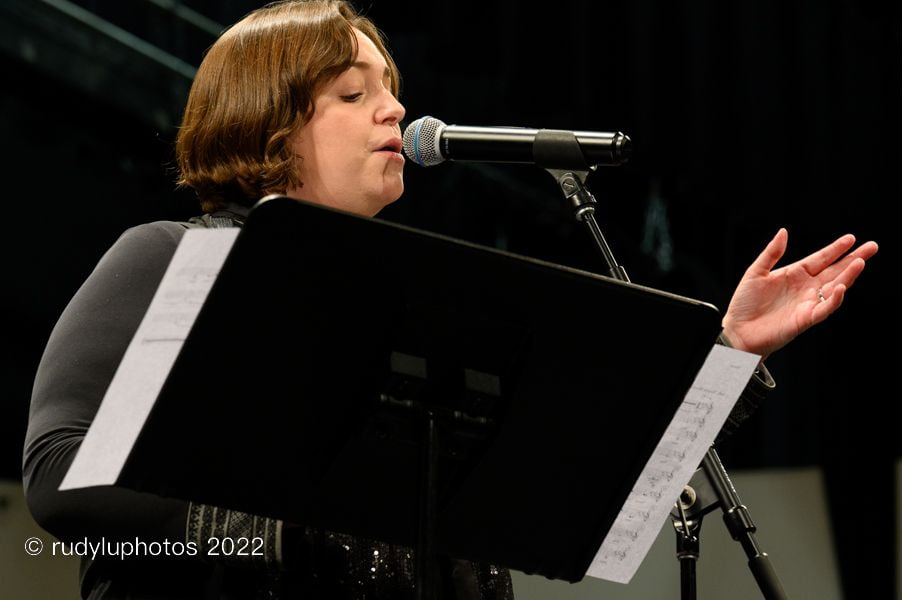 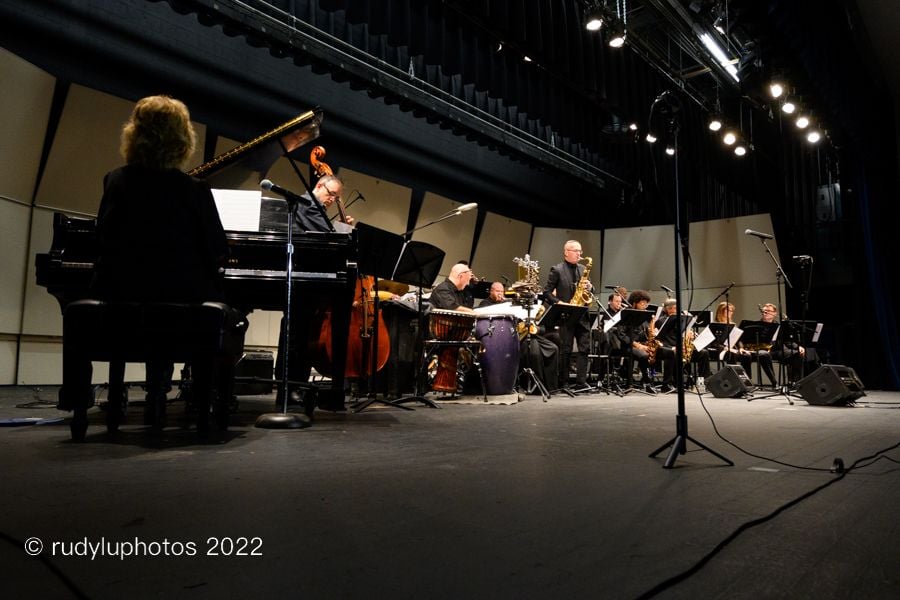 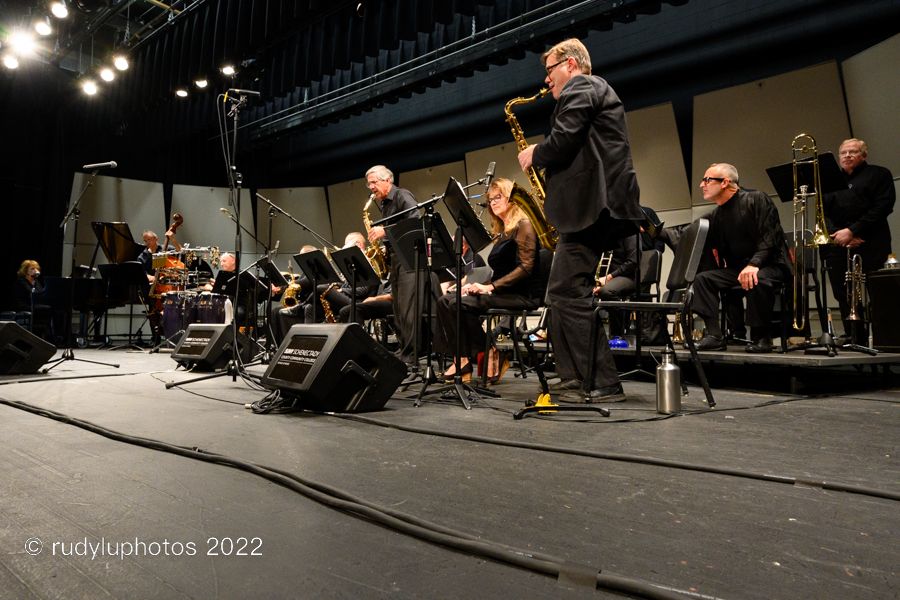