SCHENECTADY – The distance from Brazil to Schenectady is greater than that from west Africa to Brazil as percussionist-singer-guitarist Dende Macedo found at Proctors GE Theater Saturday night.

The African rhythms that enslaved people brought to what Europeans called the new world found very fertile ground in hybrid hijinks up and down the Americas. Transporting them to the hearts – and feet! – of an audience here was a slow-burn process that proved supremely combustible only after considerable effort by Dende and his quintet. Ultimately, the band drew everyone – and I mean EVERYONE – to our feet and onstage surrounding the pulsating musicians in unanimous joy. Everyone got on the good foot.

Seat-dancing started right away in the small, at first reserved crowd as Dende treated us as students in a kinetically energized classroom. He named the beats he detonated from tapered congas at center stage, traced them from African origins to his native Brazil and applied them with here-and-now punch to contemporary themes.

Their opener “Ago” (pronounced “ah-JO” – title track of the band’s new third album) set a mid-tempo groove from Yoruba lands under echoing chants. He introduced the band by first names – keyboardist Mamiko (he later said she was from Tokyo, Brazil), guitarist Gabriel, bassist Paolo, drummer Ben Hur and percussionist Leslie – but he claimed the coda to this first tune himself with a ferocious congas solo. (Hereafter, we’ll use only first names, as band members themselves did.)

Yoruba beats also powered “Yemanja” which saluted the Queen of the Sea, Dende explained. Mamiko synthesized a horn section and Dende engaged the crowd in a repeating chant as an usher became the first to dance at the front as the groove burst through to a thrilling finish of locked drums and percussion.

Five or six hands leapt up when Dende asked, in Portuguese, if any Brazilians were in the house, but problems with his in-ear monitors delayed the launch of “Saudades” (“Sadness”) whose slow tempo expressed sadness at separation. The groove grew happier than the song’s subject as the crowd clapped along; then Dende turned the sentiment back on itself in the fervent “Quero Ficar” (“I Want to Stay With You”). He then mutated this clearest use of a familiar bossa beat of the night into an asymmetrical Cuban clave rhythm, but pronounced the crowd’s clap-along a failure before remedial instruction brought everyone in line.

When Dende noticed his fingers were bleeding onto his congas, he said this was not from playing too hard but rather from an earlier kitchen-knife accident, and he blithely continued once drummer Ben Hur supplied a napkin to wrap his hand.

Despite this, recurring in-ear monitor troubles and explanatory detours, the show began to achieve a driving momentum and a critical mass uplift. Gradually, songs blurred together to bring more and more fans inside them as Dende’s forceful/playful cajoling drew more and more dancers forward.

But the show’s turning point came after an usher rushed bandages to the stage and applied them to Dende’s fingers, and he spotted a pre-teen boy using drumsticks at his front-row seat. Dende brought the kid forward, sat him at the drum set Ben Hur graciously vacated and let the kid light up the groove. Seeing the kid play engaged everybody In warm support and the show took off in shared exuberance.

Soon, Dende had his wish: Fans trooped down the aisles to the stage-floor level, engulfing the band and becoming the show.

Even before the kid-guest drummer hit the kit, Dende had gradually shifted focus from conducting the band – with astounding precision, I have to say – to conducting the crowd instead.

Bossa, samba, clave and meringue beats sometimes felt familiar; echoes of classic songs “Mas Que Nada” and “Manha de Carnaval” popped up in the groove; and both Mamiko’s keyboards and Gabriel’s guitar fed us comfortably recognizable tones. But beyond these rhythmic and melodic touchstones, much of the music felt wonderfully strange.

So, hats off to the Dende band for bridging Africa to Brazil to Schenectady with such joyful everybody-get-up-and-love-this-with-your-body clatter.

N.B. The below photo is the set-list, left atop one of Leslie’s drums 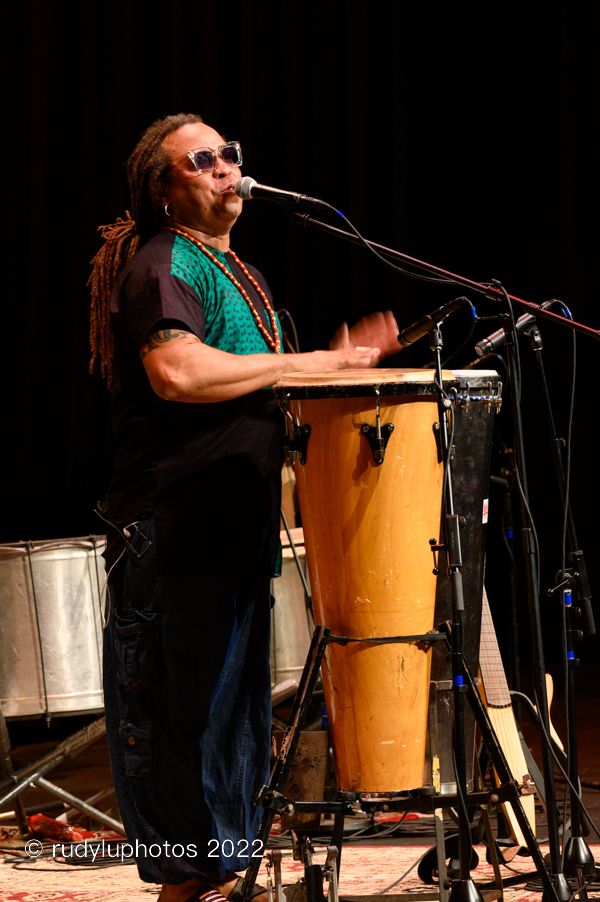 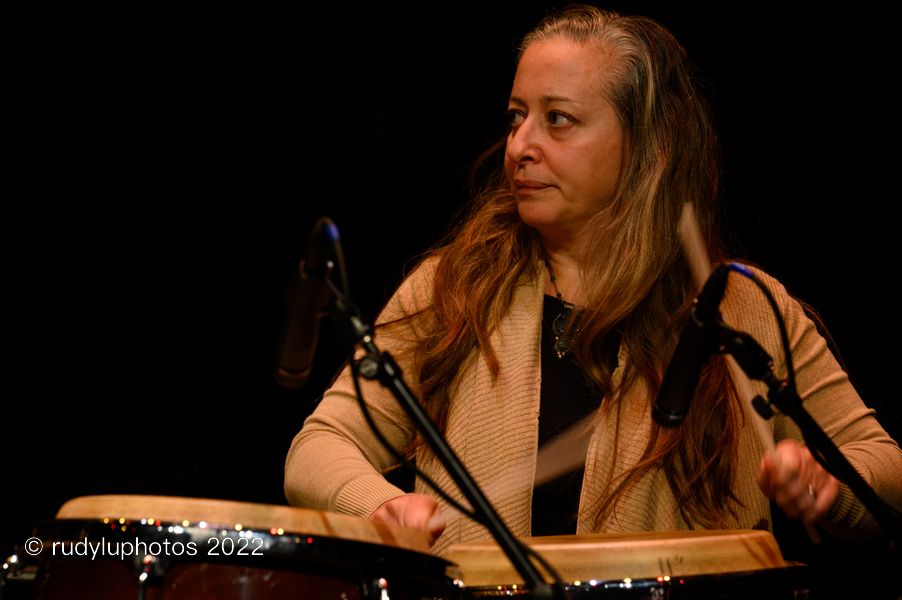 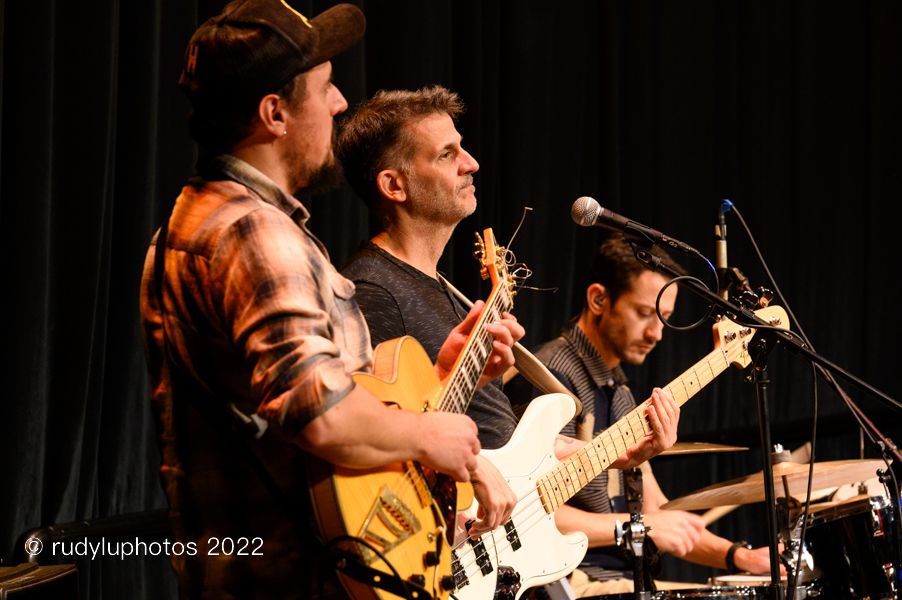 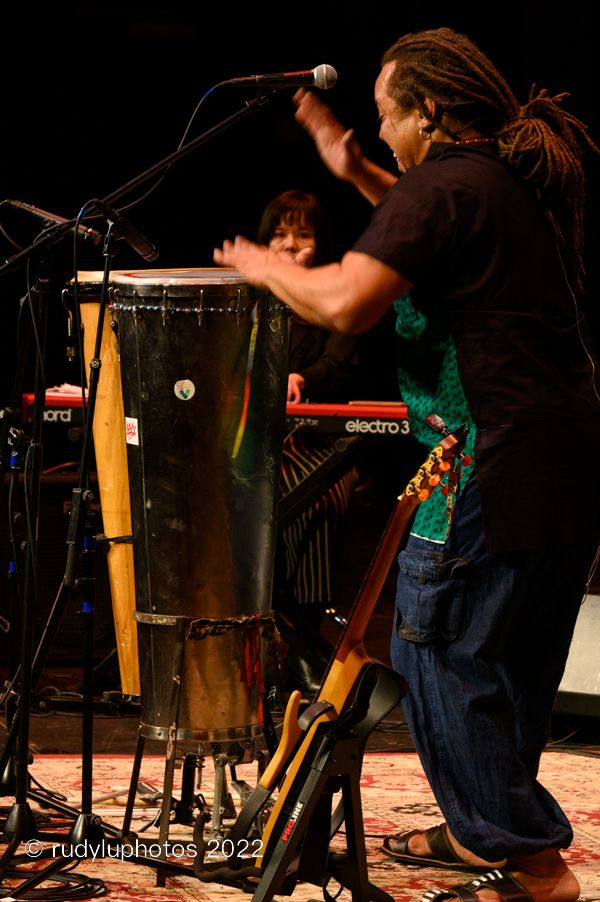 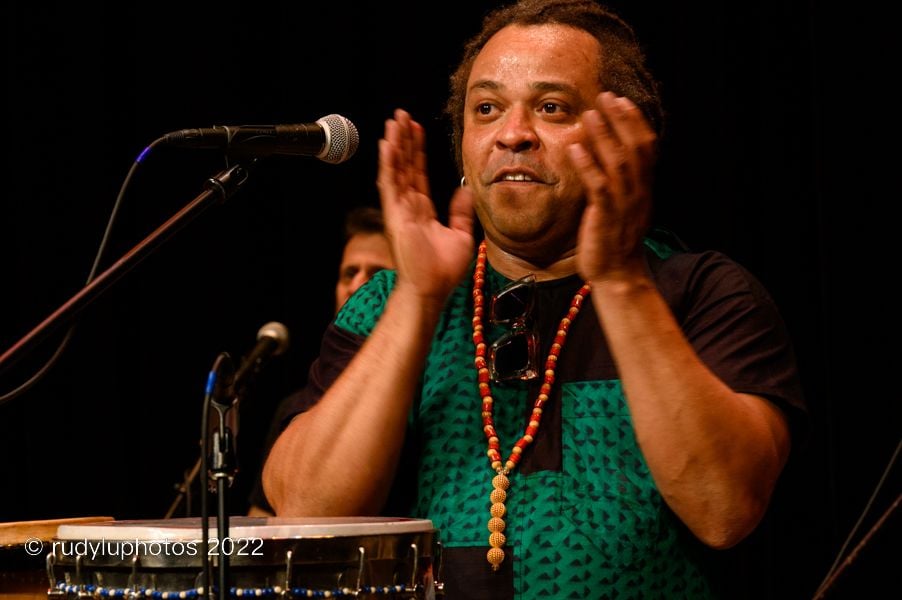 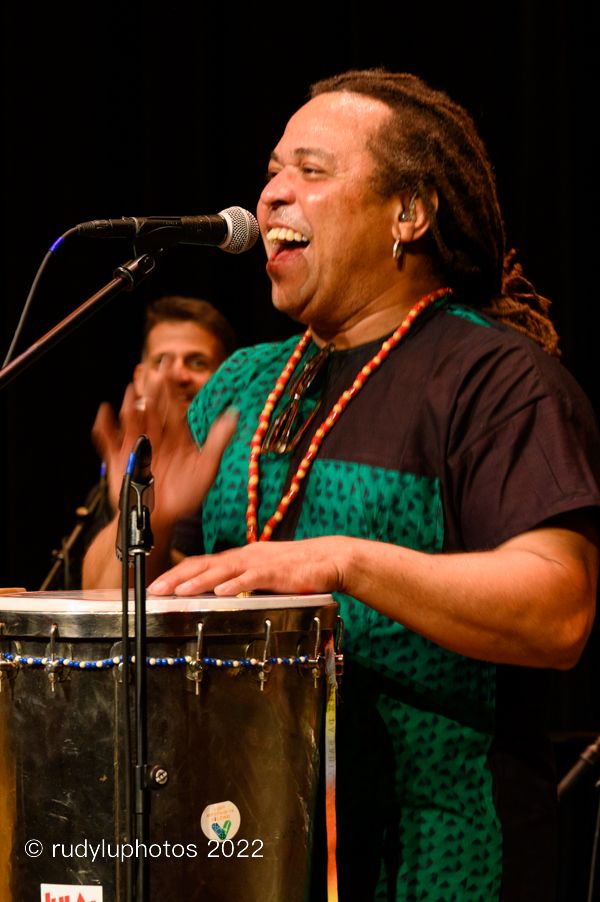 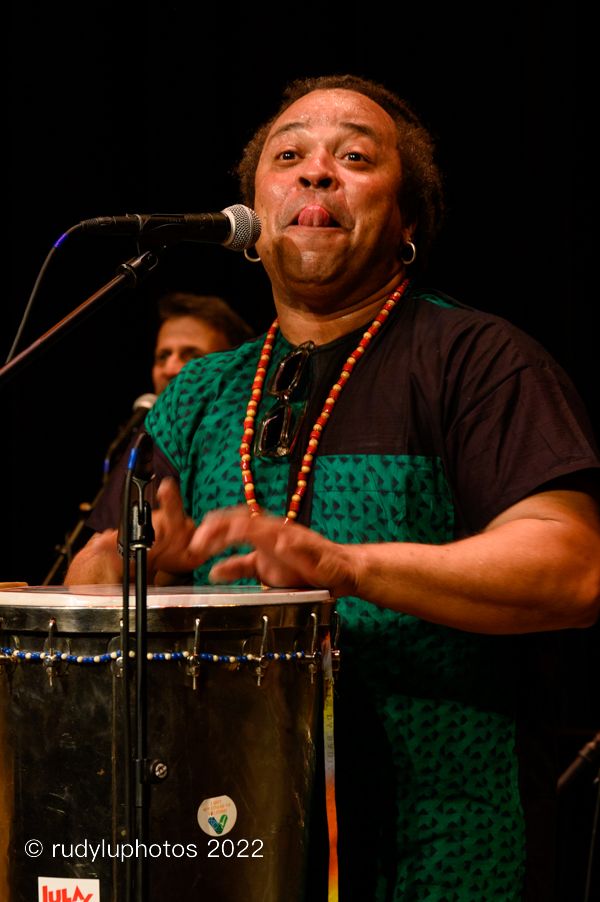 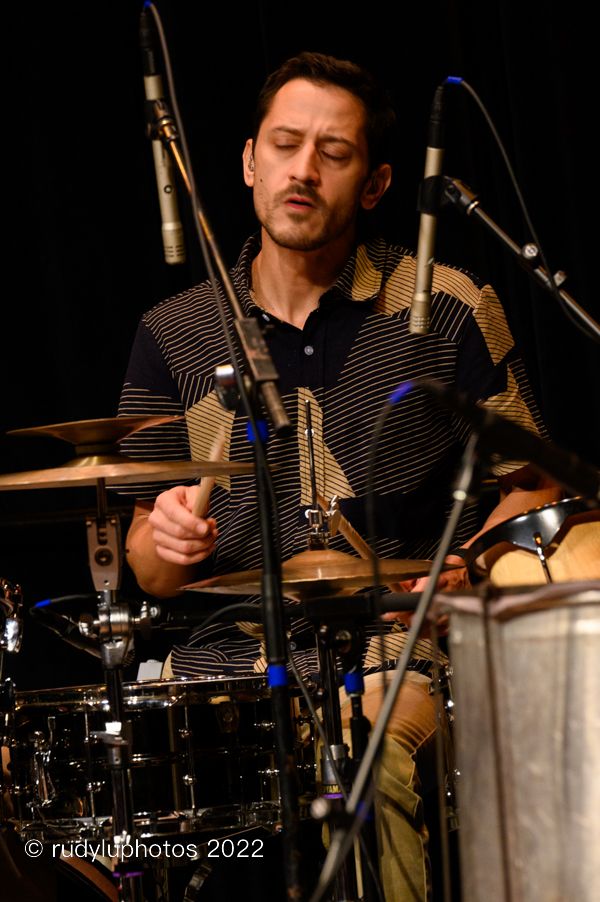 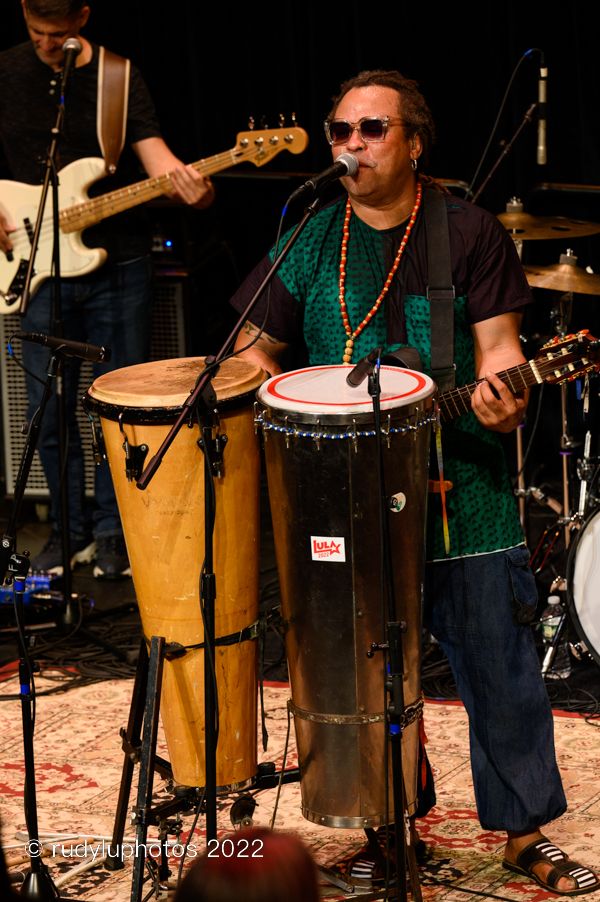 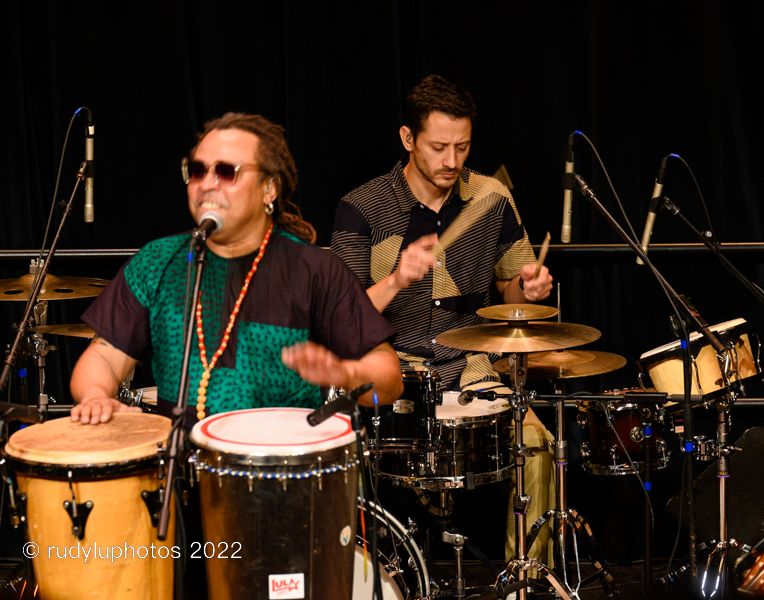 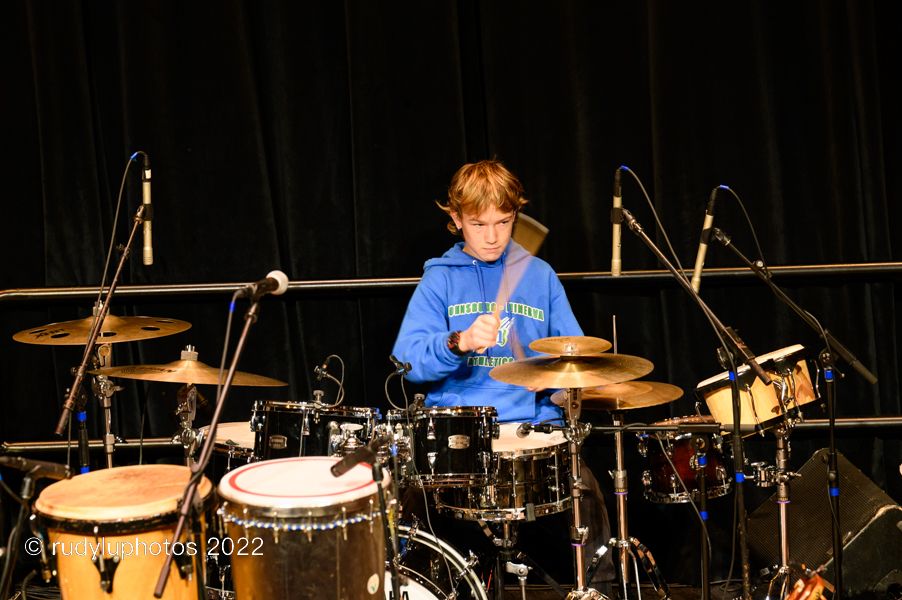 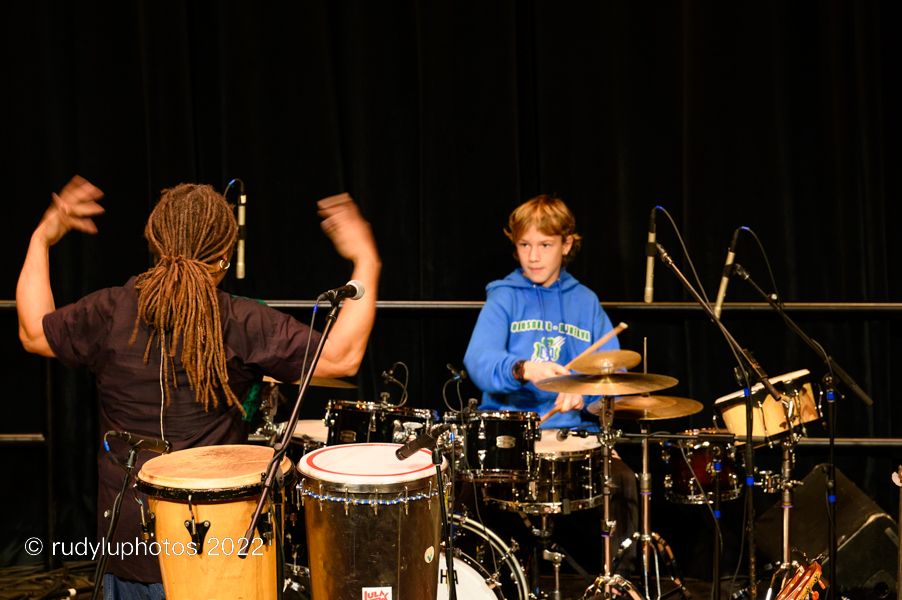 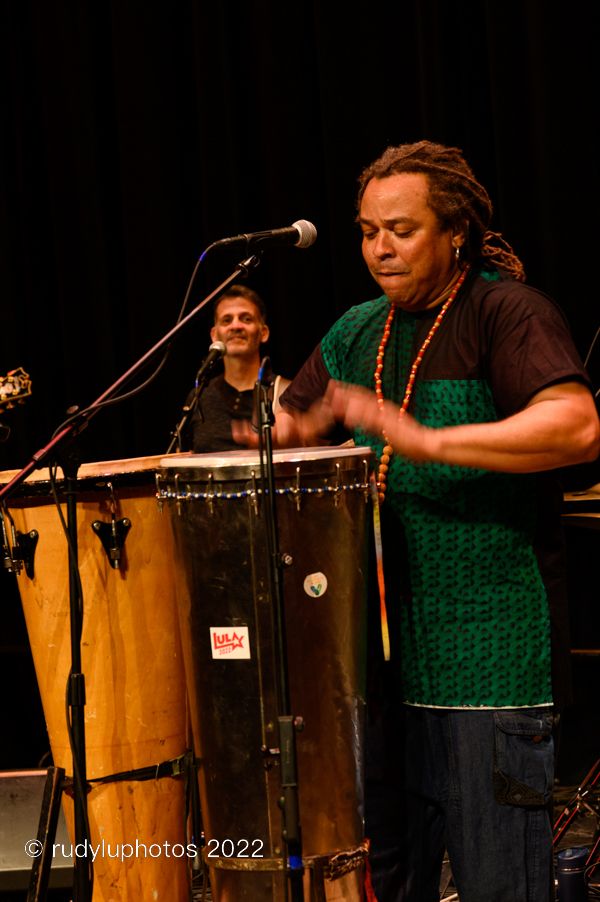 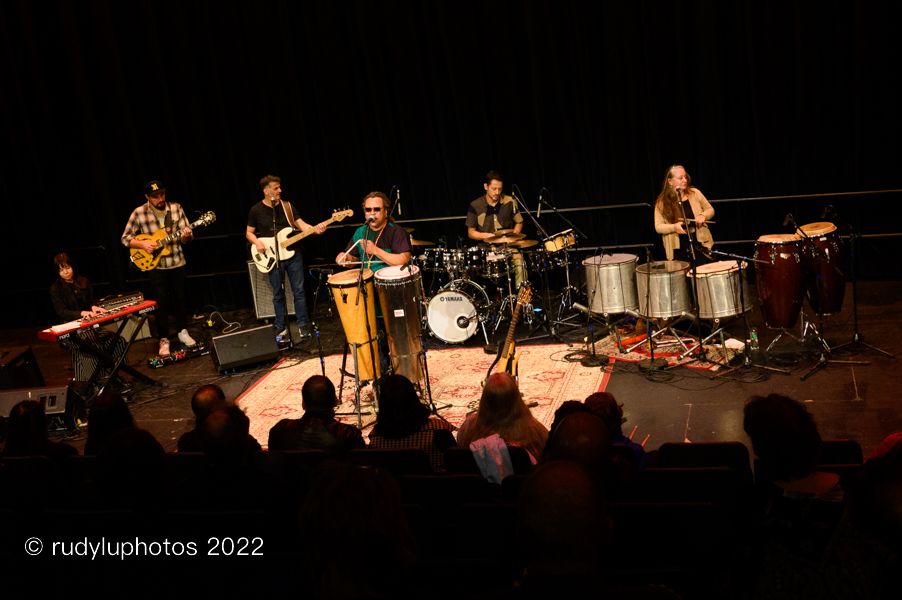 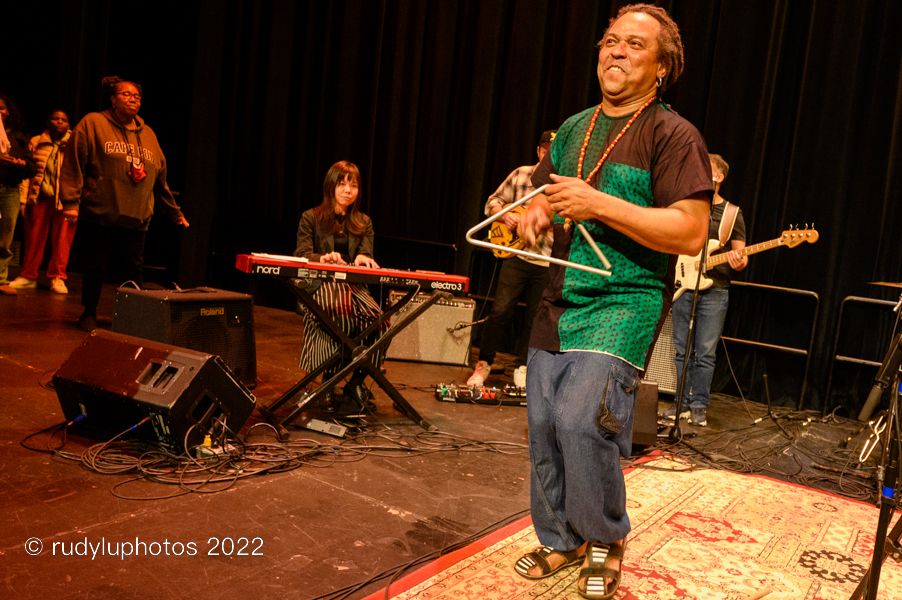 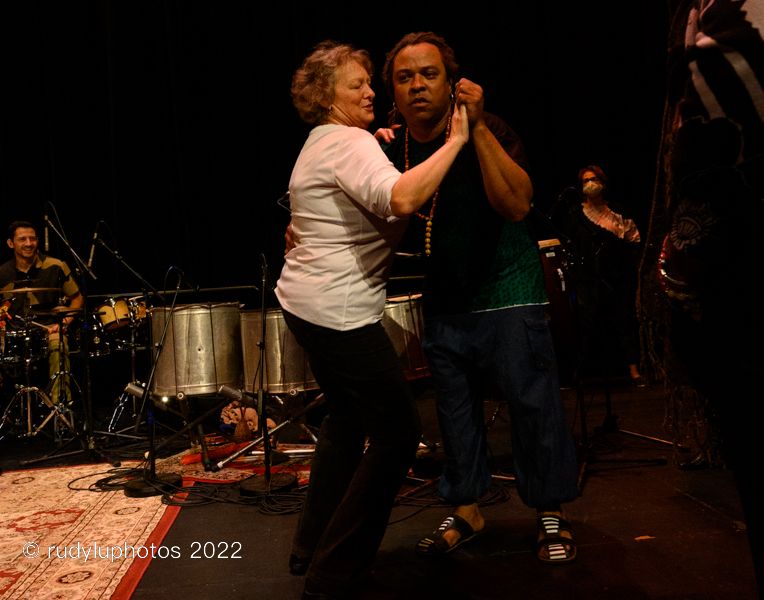 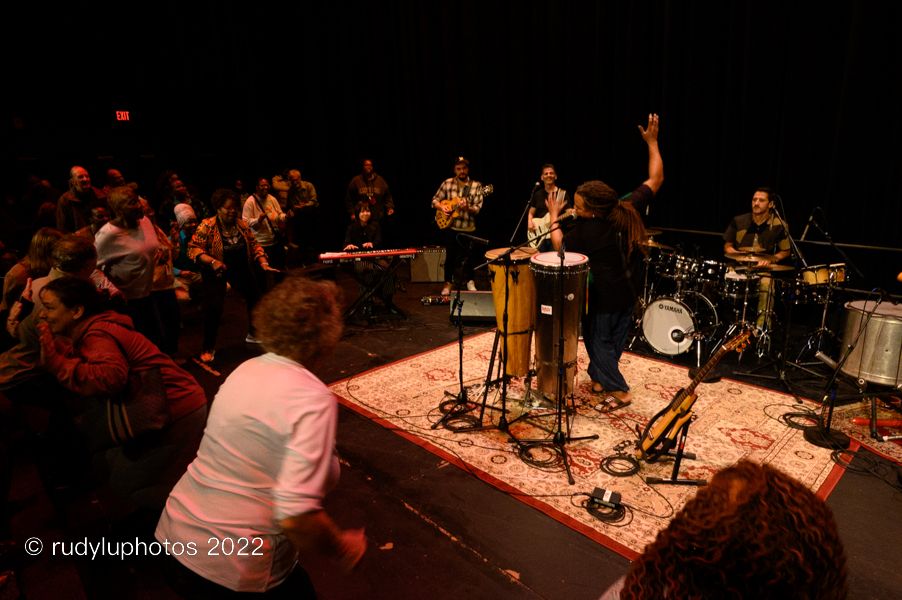 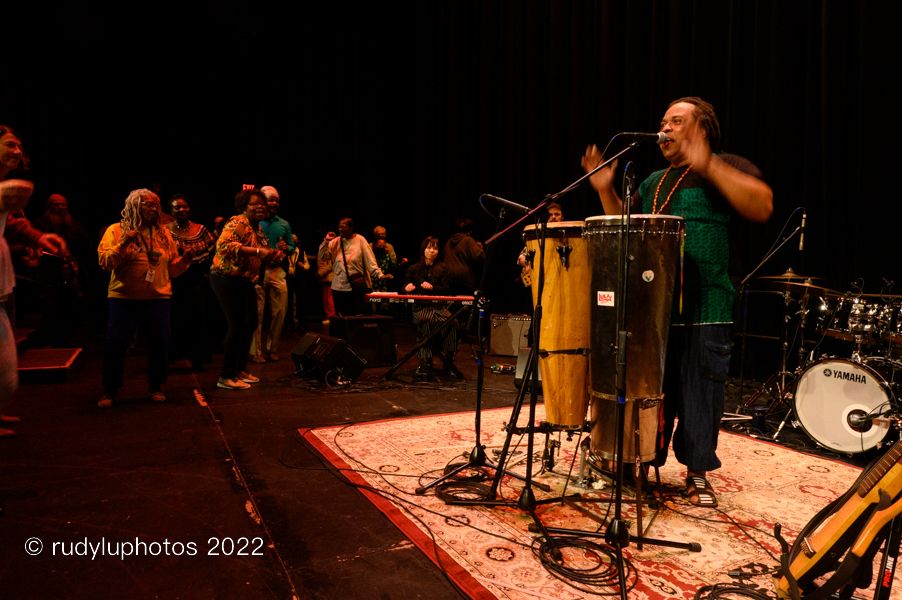 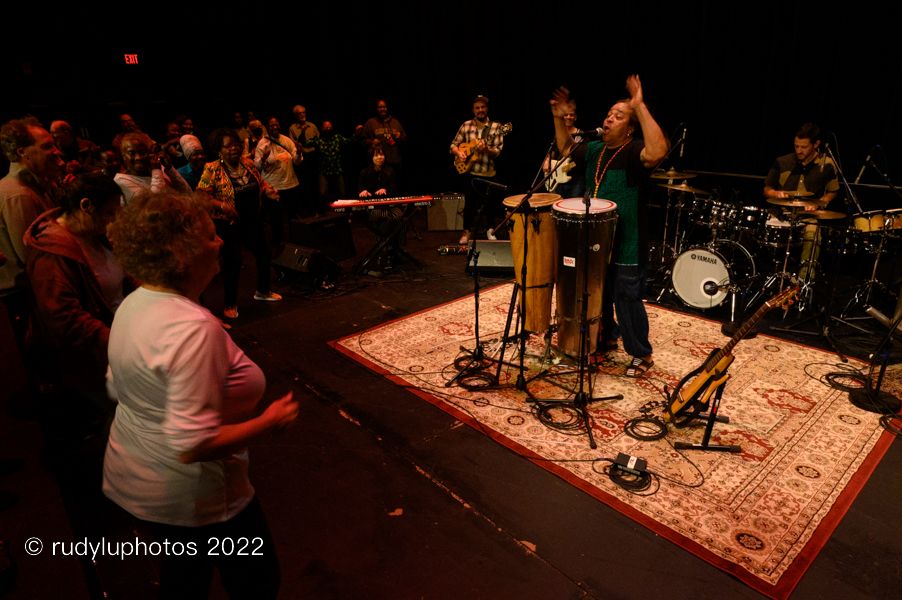 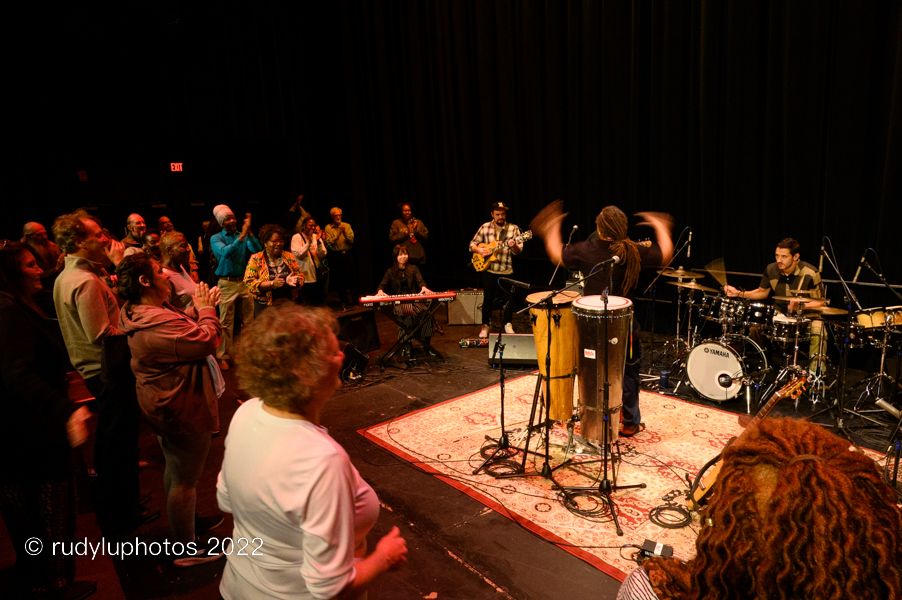