Wait, no – not QUITE that long ago.

As Coakley recalled in an interview that aired while I drove to WAMC’s The Linda Saturday afternoon for the celebration of Coakley’s lively longevity, he recorded his weekly show at first on a reel-to-reel tape recorder. Saturday’s celebration was very very live as Coakley played drums in both bands that performed before an open jam session.

Bill McCann hosted the show plus a generous buffet. He introduced the artists with the lighthearted injunction that anyone unmoved by the music should seek immediate – “and I mean immediate” – medical attention. McCann actually launched his own jazz radio love fest, “The Saturday Morning Edition of Jazz,” on WCDB two years before Coakley first spun records at WAMC. McCann is vice president of A Place for Jazz (also founded that same year) where Coakley succeeded founding president Butch Conn and was in turn succeeded by Al Brooks.

All the interlocking relationships in this scene suggest a friendly vibe, and the afternoon felt like a jazz club in the warm welcoming sense of the word.

A lively echo of that band led off on Saturday, Coakley behind the drum-kit alongside bassist Pete Toigo behind a front line of banjoist Crick Diefendorf, clarinetist Ron Joseph, trombonist Ken Olsen and trumpeter-singer Rich Downs. While some bassists “walk” their lines, Toigo strutted, linking beats with Coakley to propulsive effect.

Honoring both Coakley and their late founder, they managed that traditional jazz magic trick of making dense music sound simple by leaving spaces for each other. The close pals in this veteran band also showed how tunes are often cousins. After Hoagie Carmichael’s “Riverboat Shuffle” (the band’s theme song) set the table, “Tishomingo Blues” was kin to “Ain’t Misbehavin”” and “New Orleans” kinda echoed “Ain’t I Good to You.”

Downs did most of the singing and ably used mutes to change up his trumpet sound, while everybody got solo time; book-ended by spirited, all-hands-on-deck opening statements and codas. In “Make Me Down a Pallet on the Floor,” sung by Diefendorf, Coakley himself soloed, pretty damn spry for a beat-master of any age.

Waving a densely-worded lyric sheet and warning he’d never sung it before, Downs cautioned the crowd he might mess up the (many!) words of “Blues My Naughty Sweetie Gives to Me.” Sure enough, the wheels fell off; but after a restart that worked, they climbed back on it together and proved everybody plays better after a mistake. Their next number, “At the Jazz Band Ball,” with its tricky hesitation beat, hit hot and happy.

A what’s-next conference settled on a closing two-song plan – Coakley quipping “That’s enough for me” – of “I’m Satisfied with My Gal” and Bix’s “Louisiana,” both played with playful spunk and veteran assurance.

After a break, pianist Peg Delaney introduced the second set with “The Cat Walk,” closing theme of Coakley’s WAMC Saturday night jazz show, as Coakley beamed behind the drums.

She hit the stage fresh from wrapping the season at A Place for Jazz with a triumphant big-band show; her combo featured tenor saxophonist Jim Corigliano and trumpeter Steve Horowitz from the big band on Saturday, plus, she said, “the guy I sleep with,” bassist-husband Bill Delaney.

As usual, she spiced her small-band offerings with singers. First up, Colleen Pratt skatted all over the place with the upbeat “All of Me,” then Patti Melita gave “I Can’t Give You Anything But Love” and “S’Wonderful” low-key readings before revving up “This Joint Is Jumpin’.”

Jeanne O’Connor followed, moving Coakley to tears – though he didn’t miss a beat – in a tender “Once Upon A Time,” Corigliano going all Stan Getz breathy. She lightened the mood from the elegiac to the energetic with “I Love You Madly.”

Pratt returned to lead the mid-slow bossa “I Wish You Love” and the brisker “That’s All”  – Corigliano smiling at her as she skatted at the end.

Host McCann then summoned fans toward the buffet table and players to the stage for a jam starring players we’d seen earlier in the two bands, plus new faces including drummer David Cavanaugh, Jerry Gordon playing washboard and singer Maggie McDougal.

As I left to hit another show – Dende Macedo in Schenectady – they are ganging up on “Lady Be Good,” the air full of zippy sound and the warm feeling of gratitude for an enduring hero of the area jazz scene. 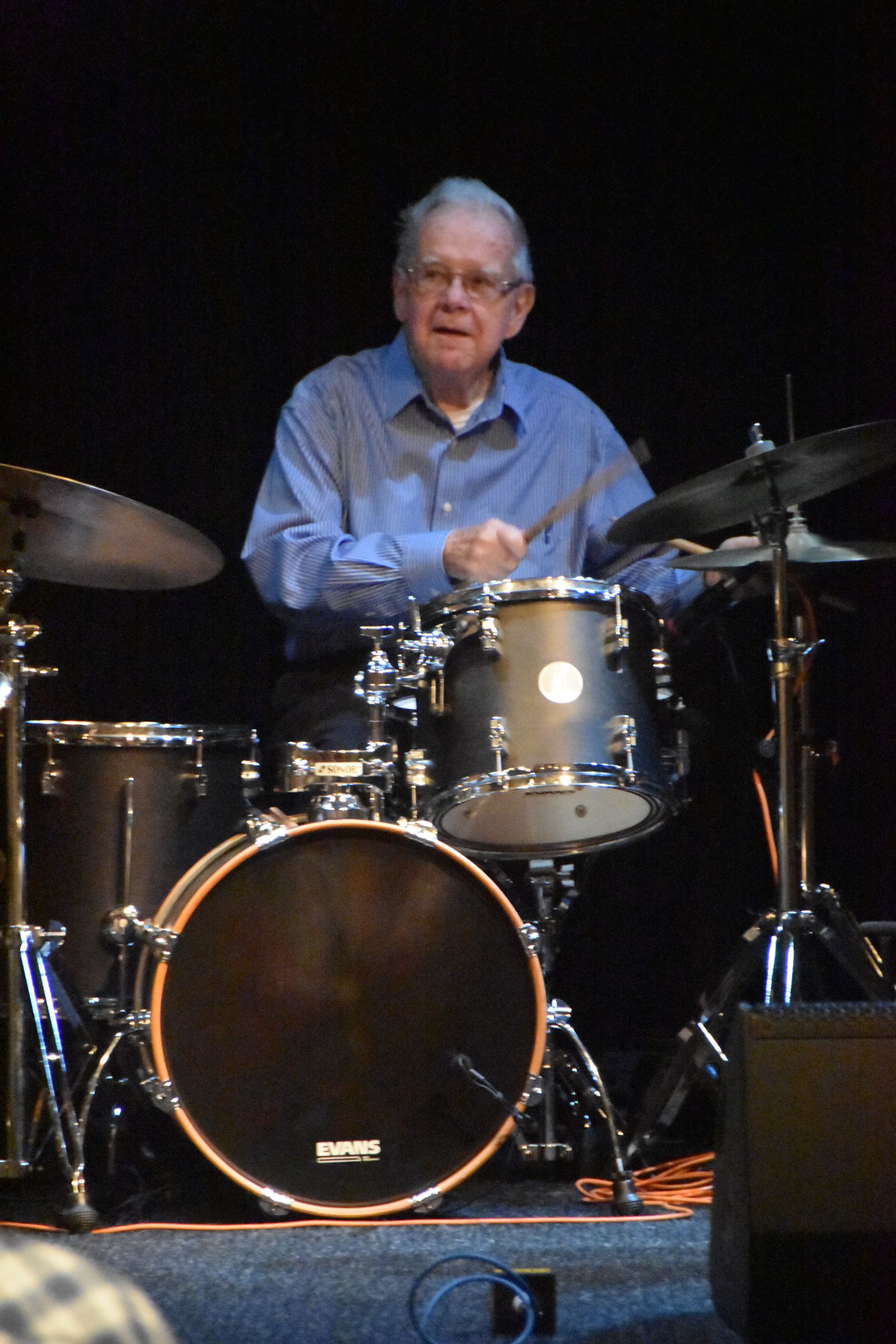 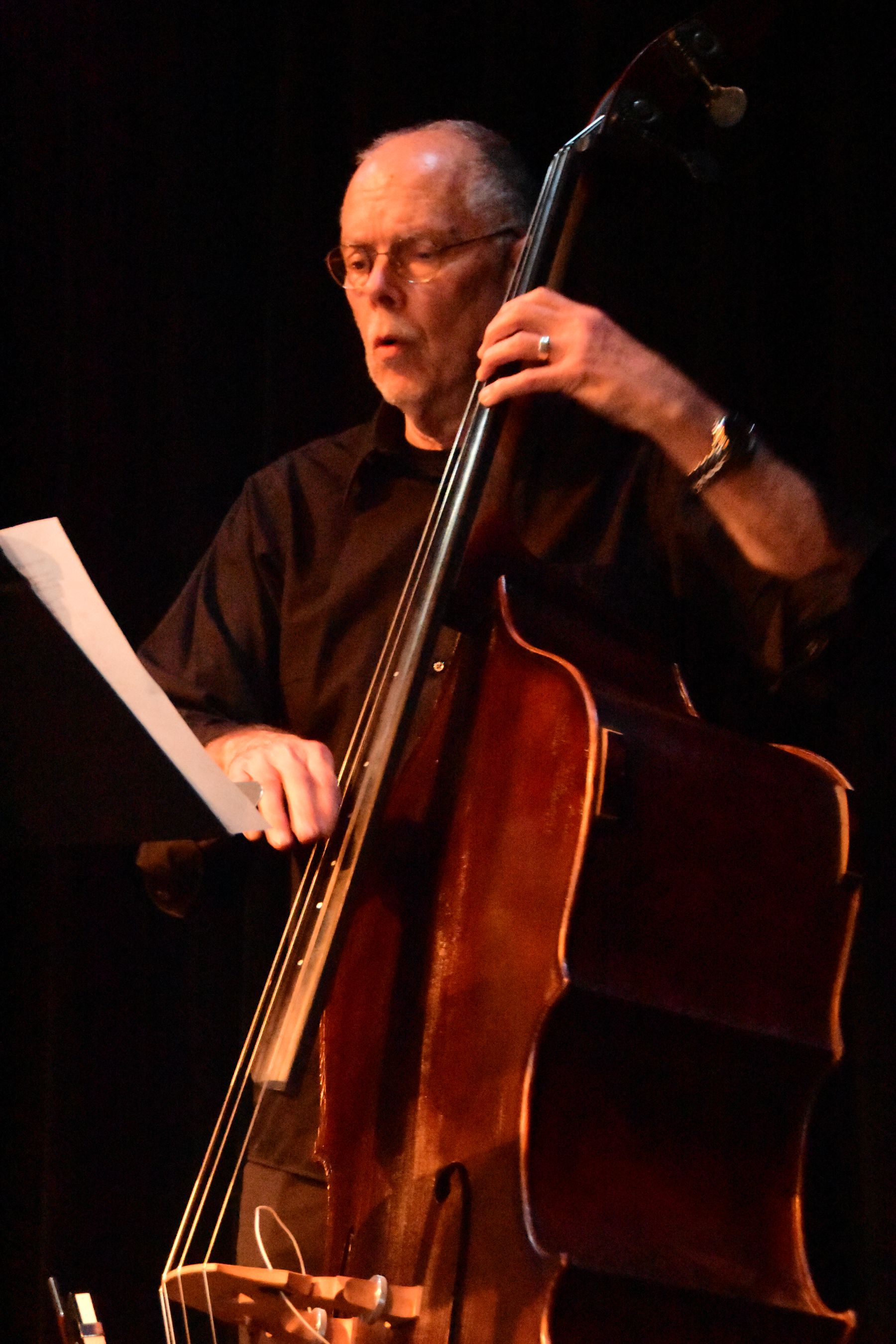 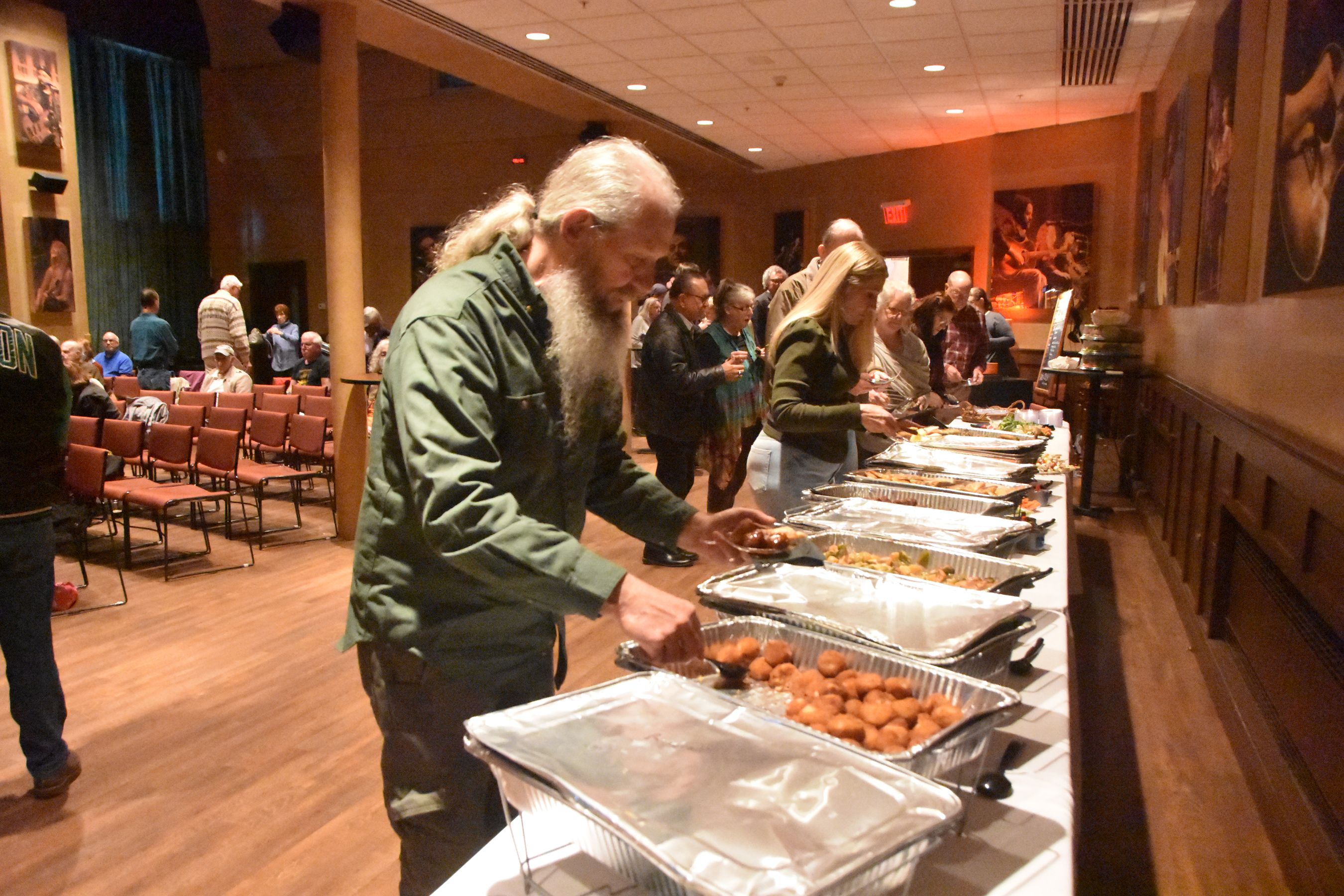 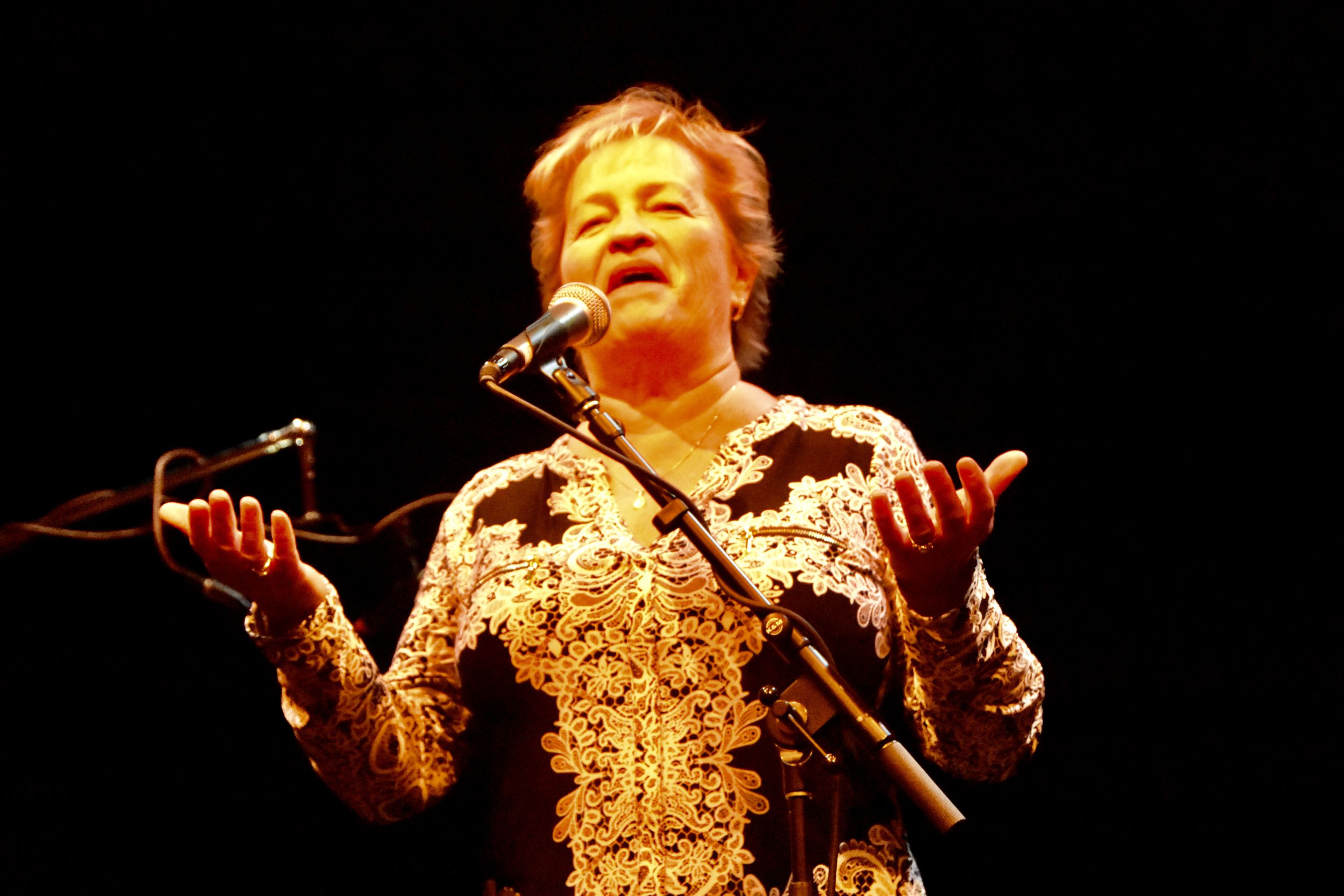 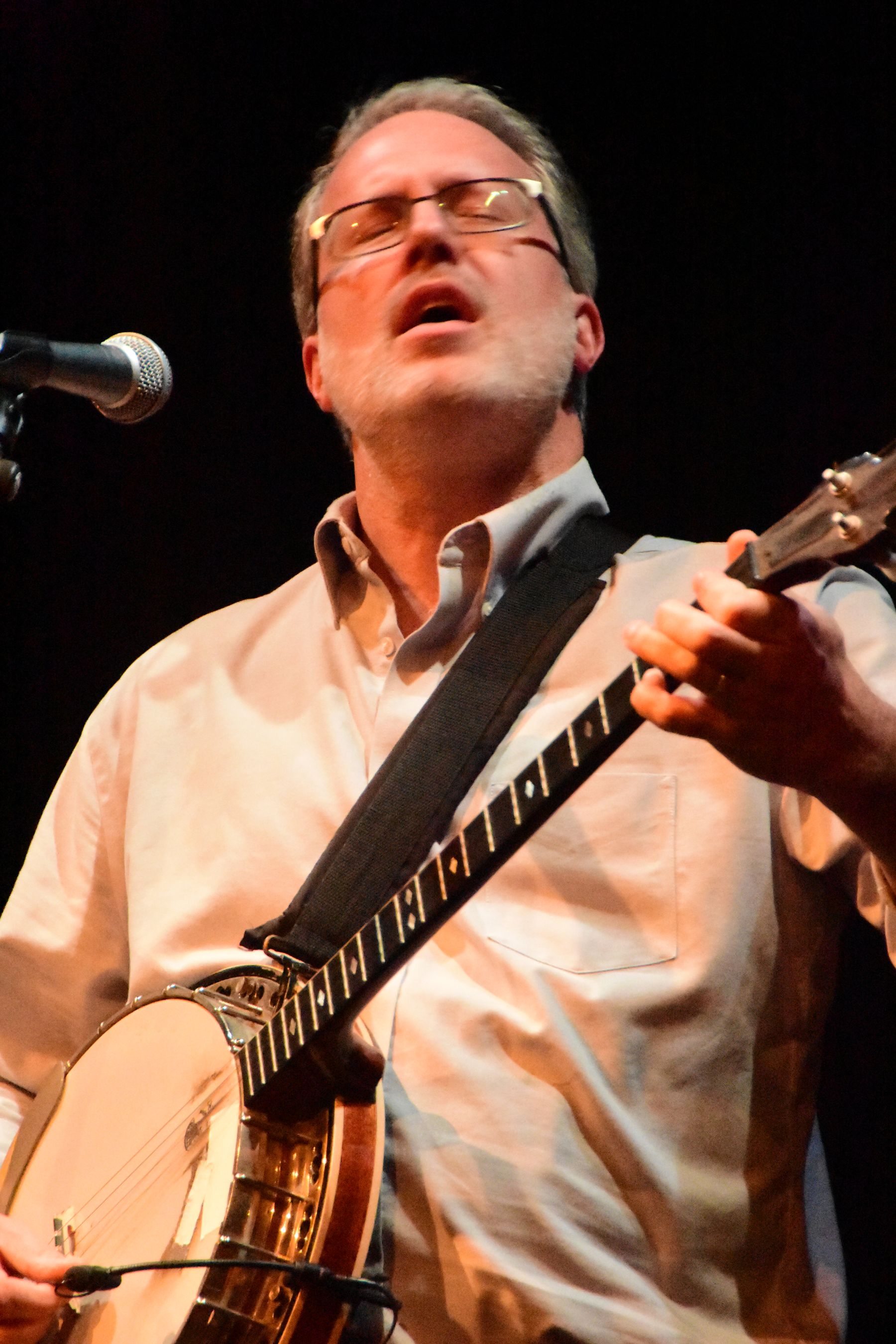 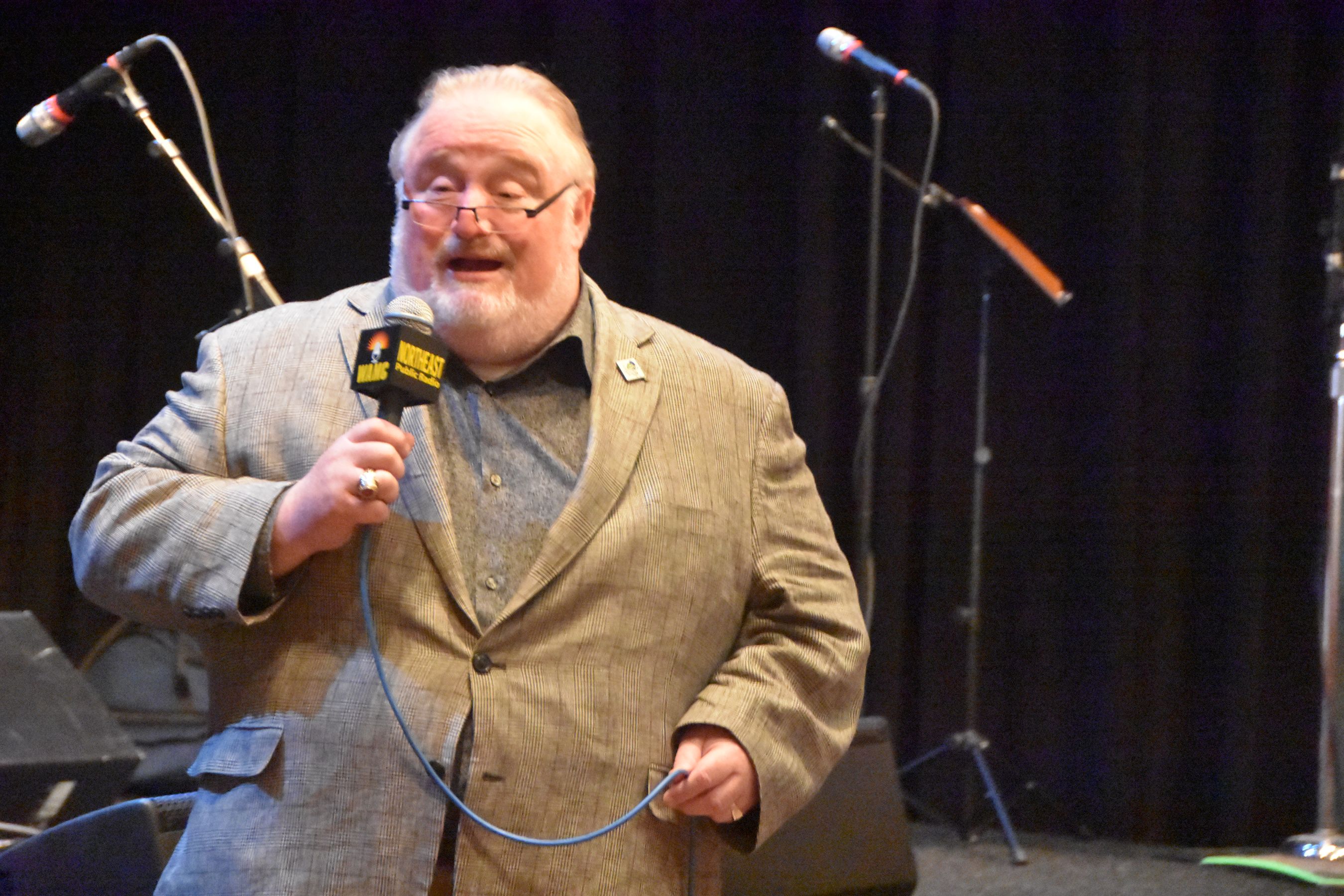 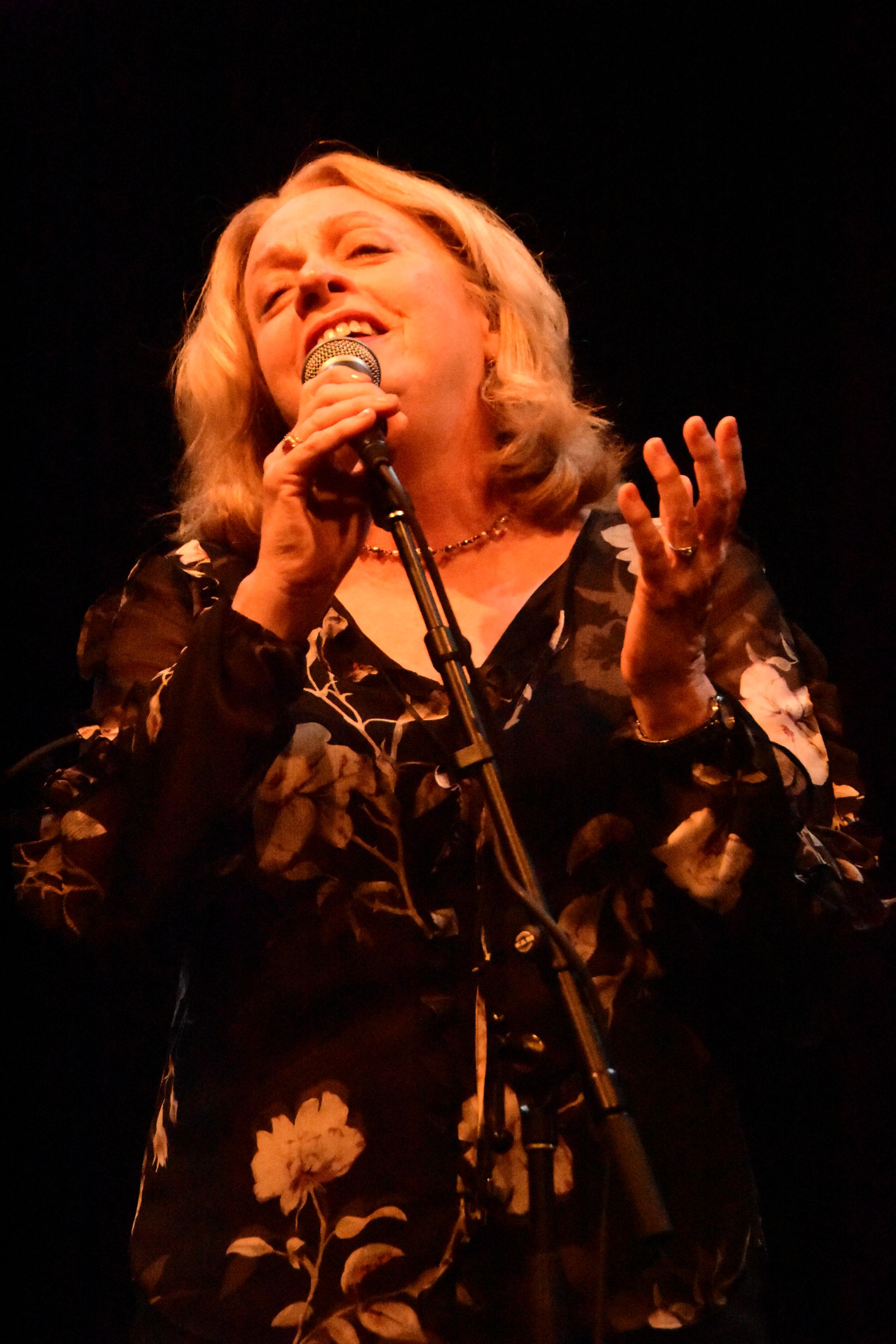 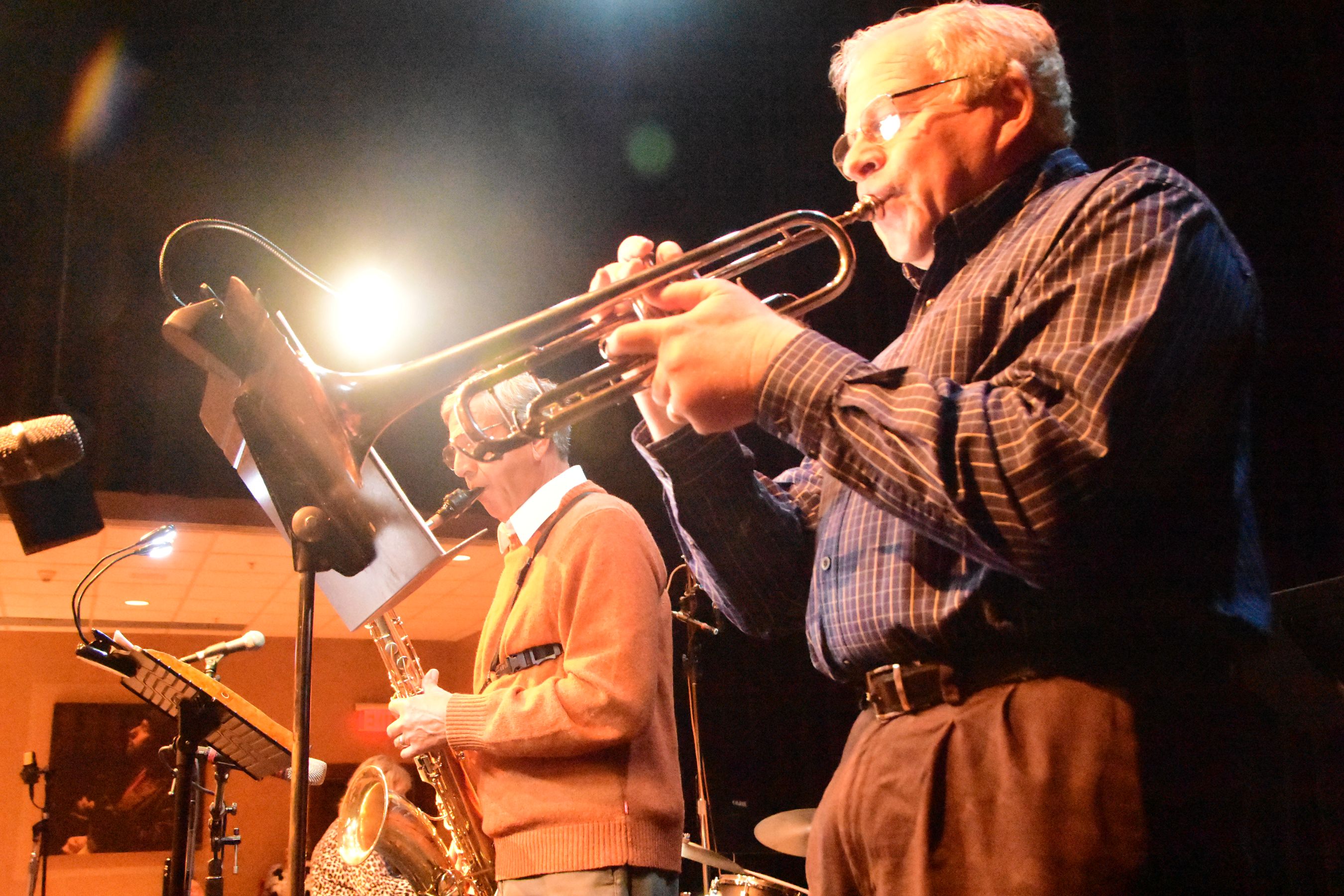 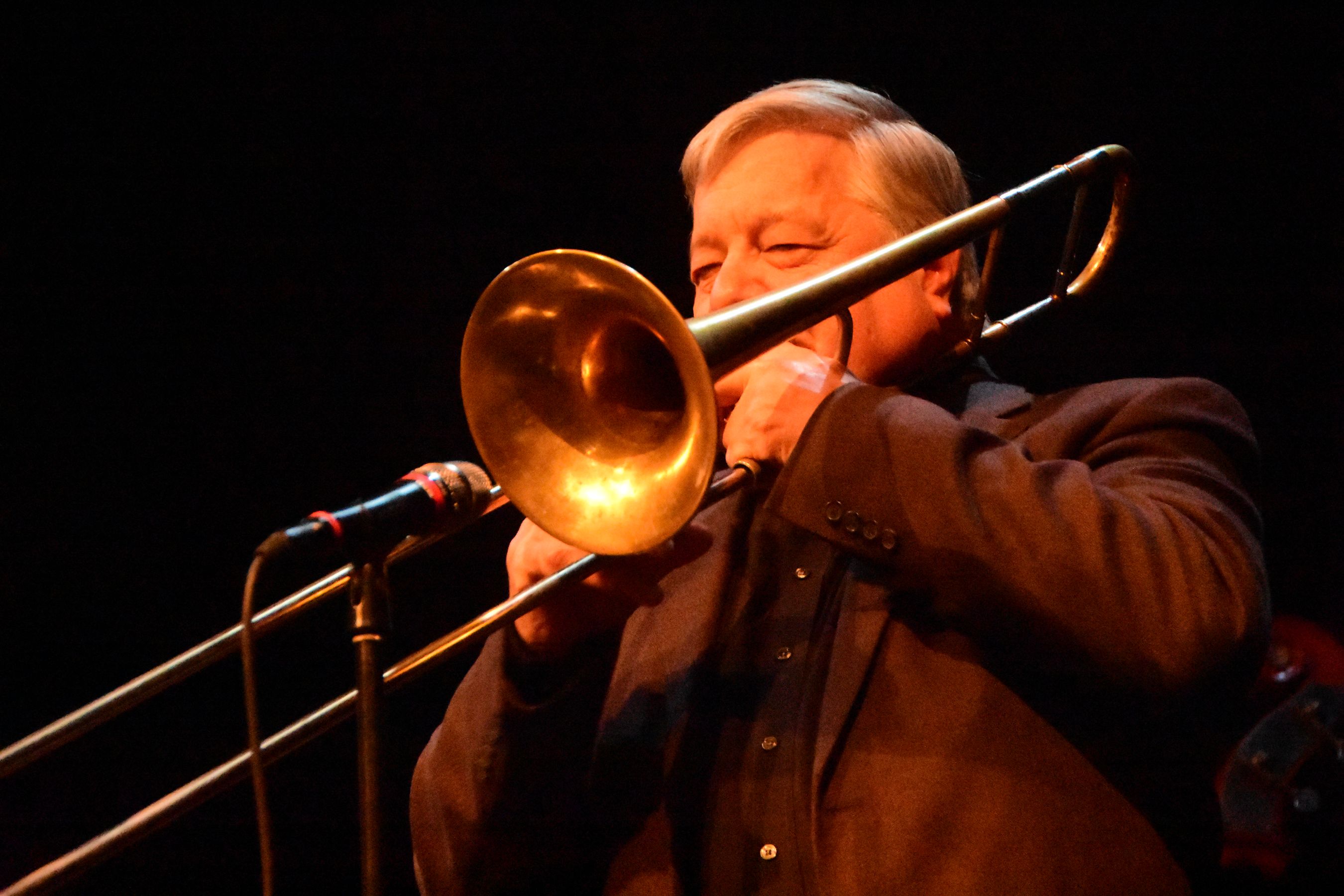 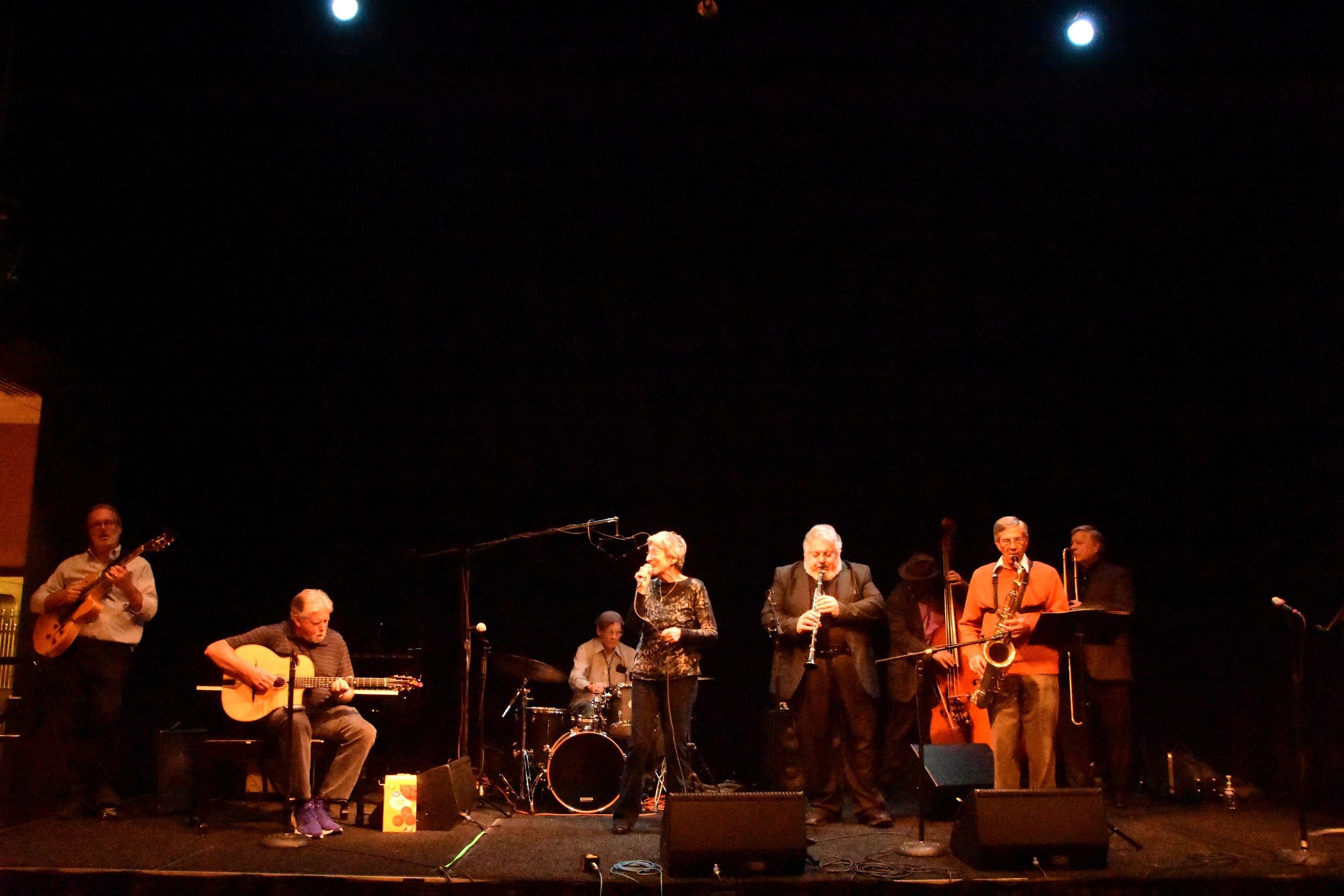 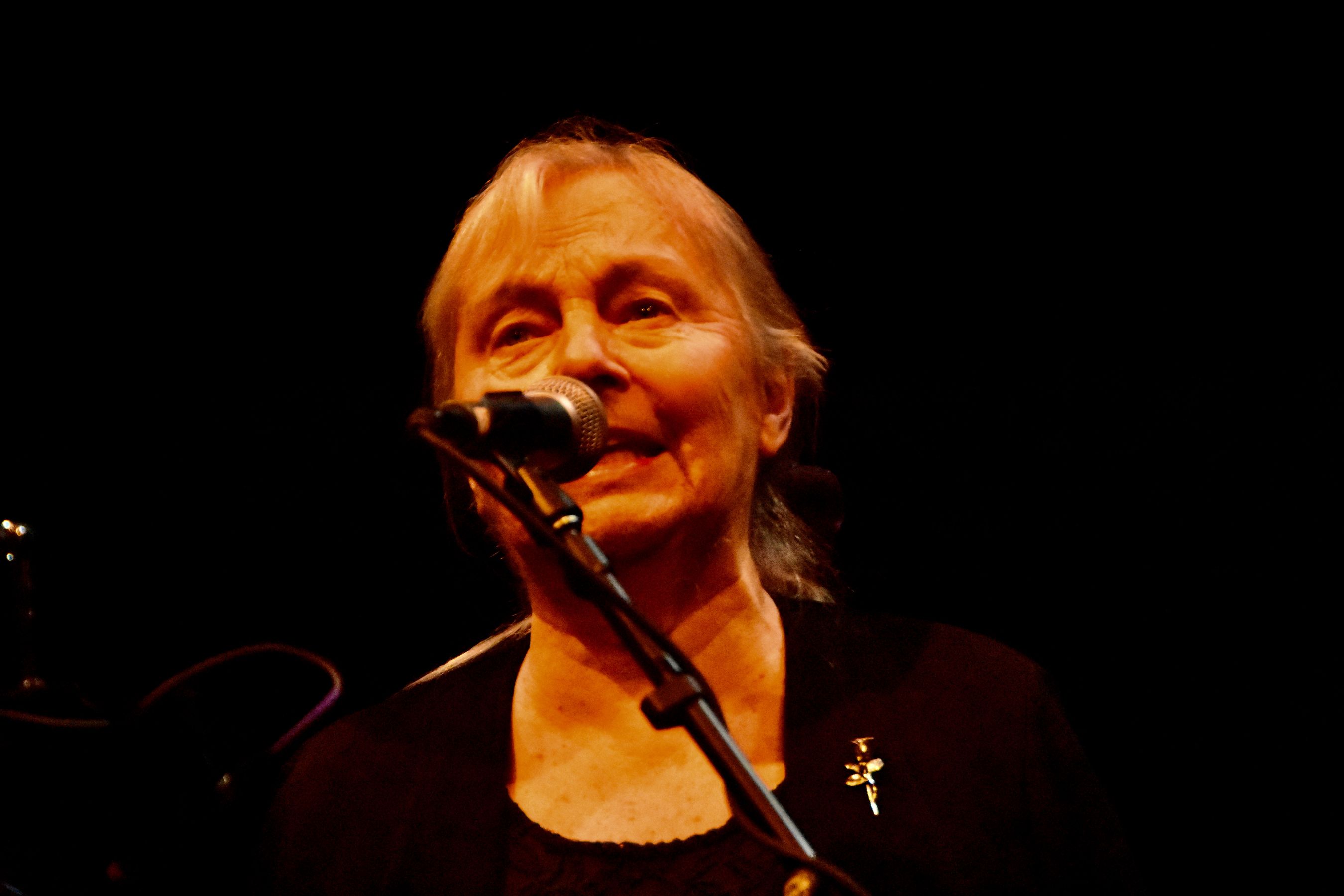 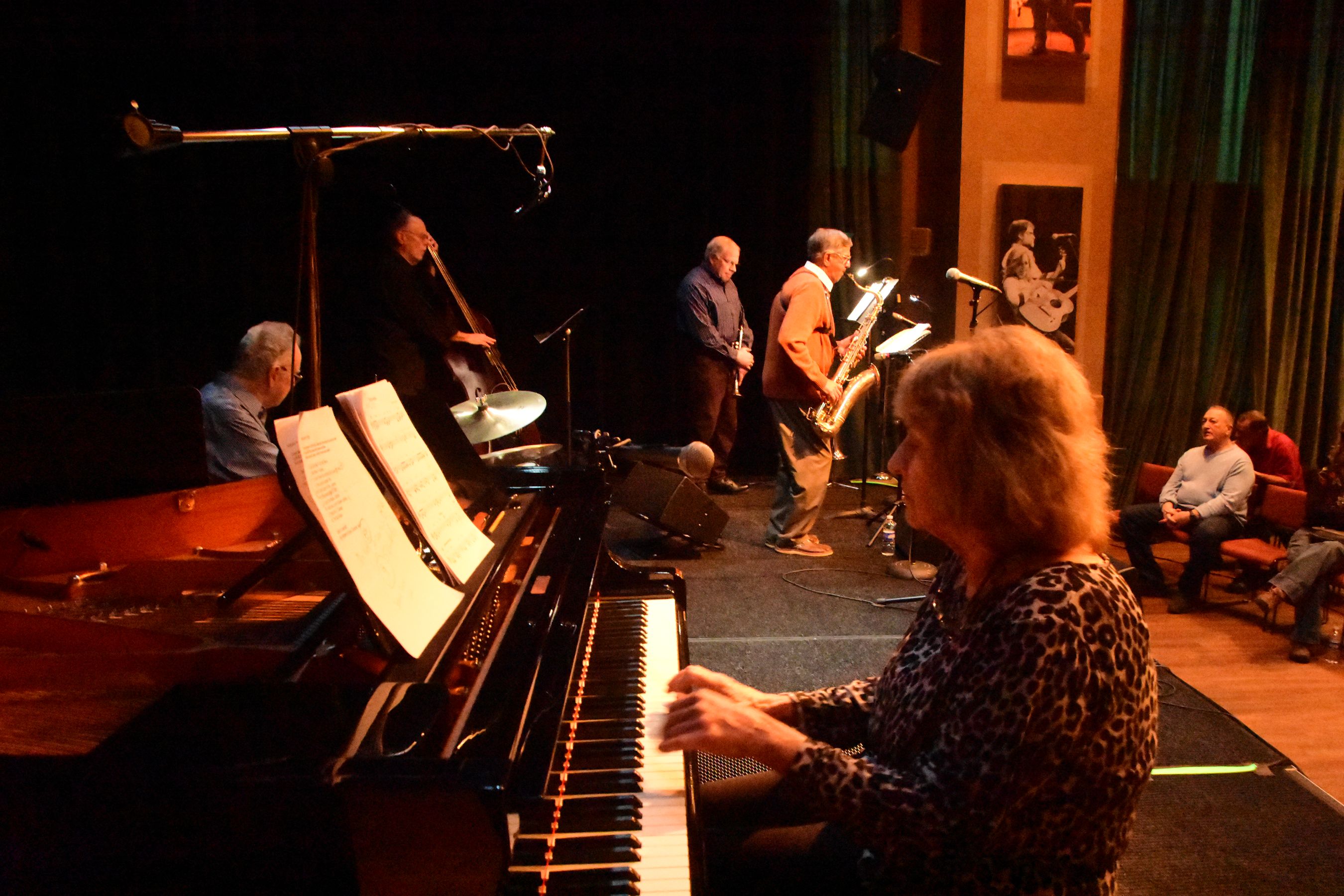 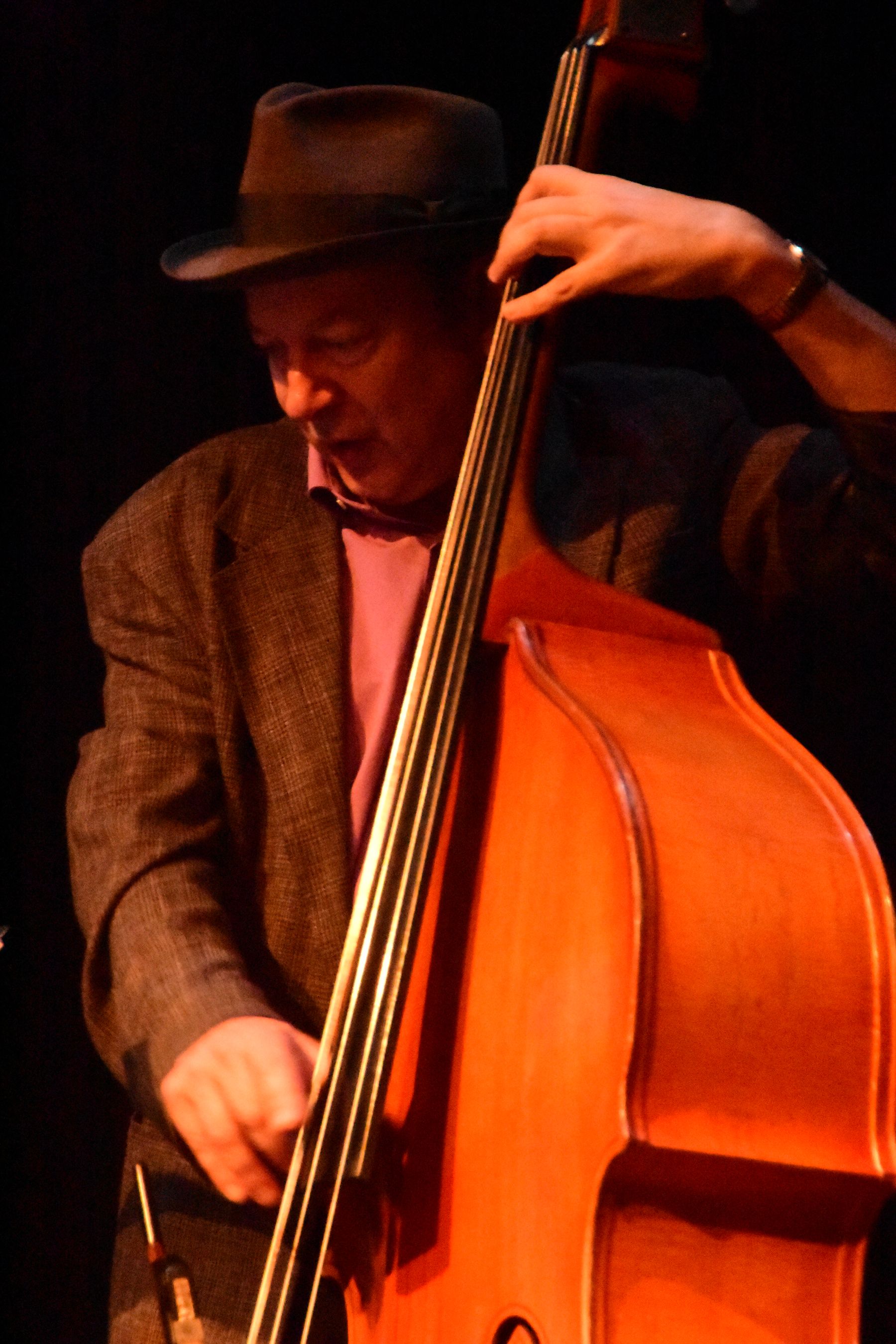 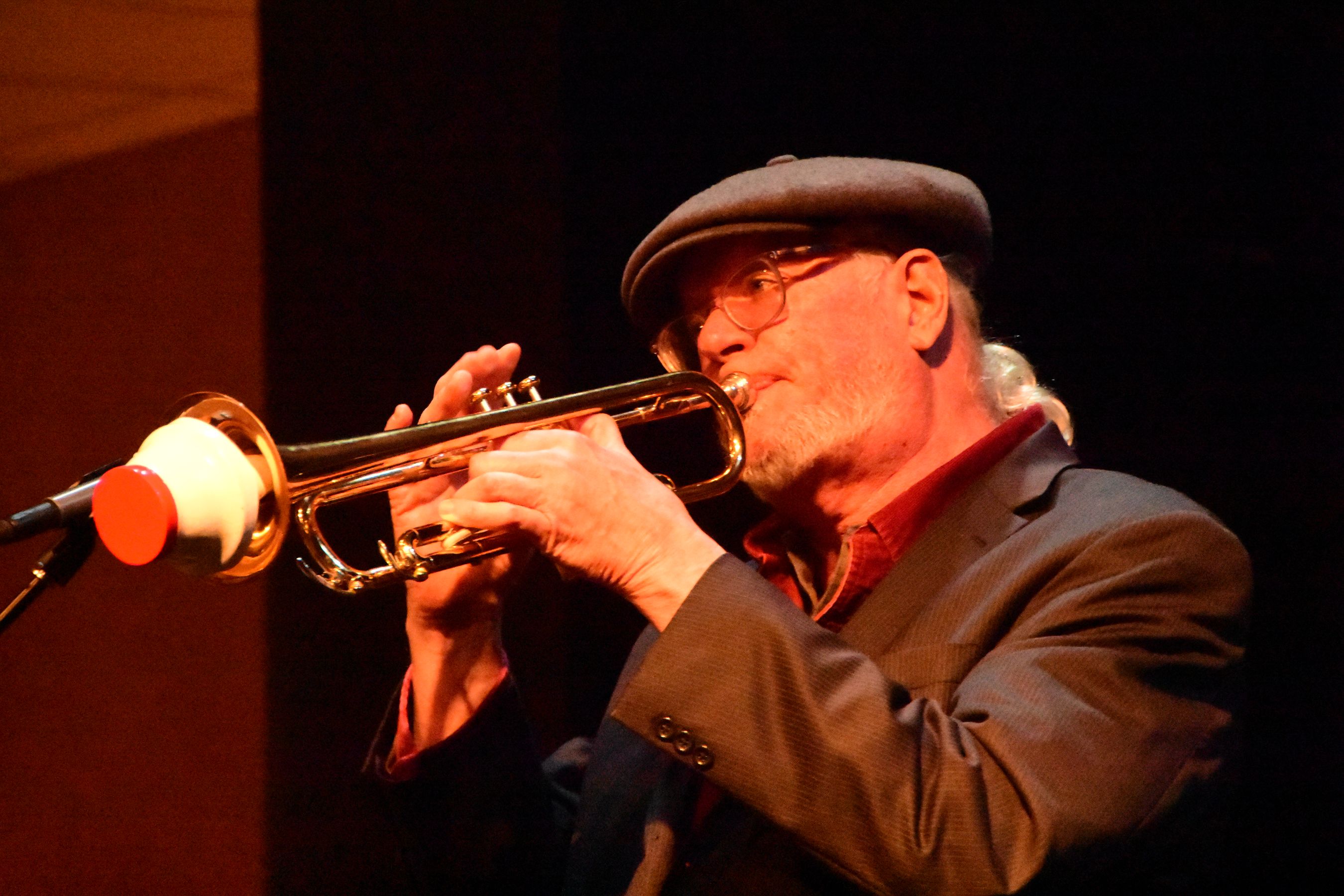 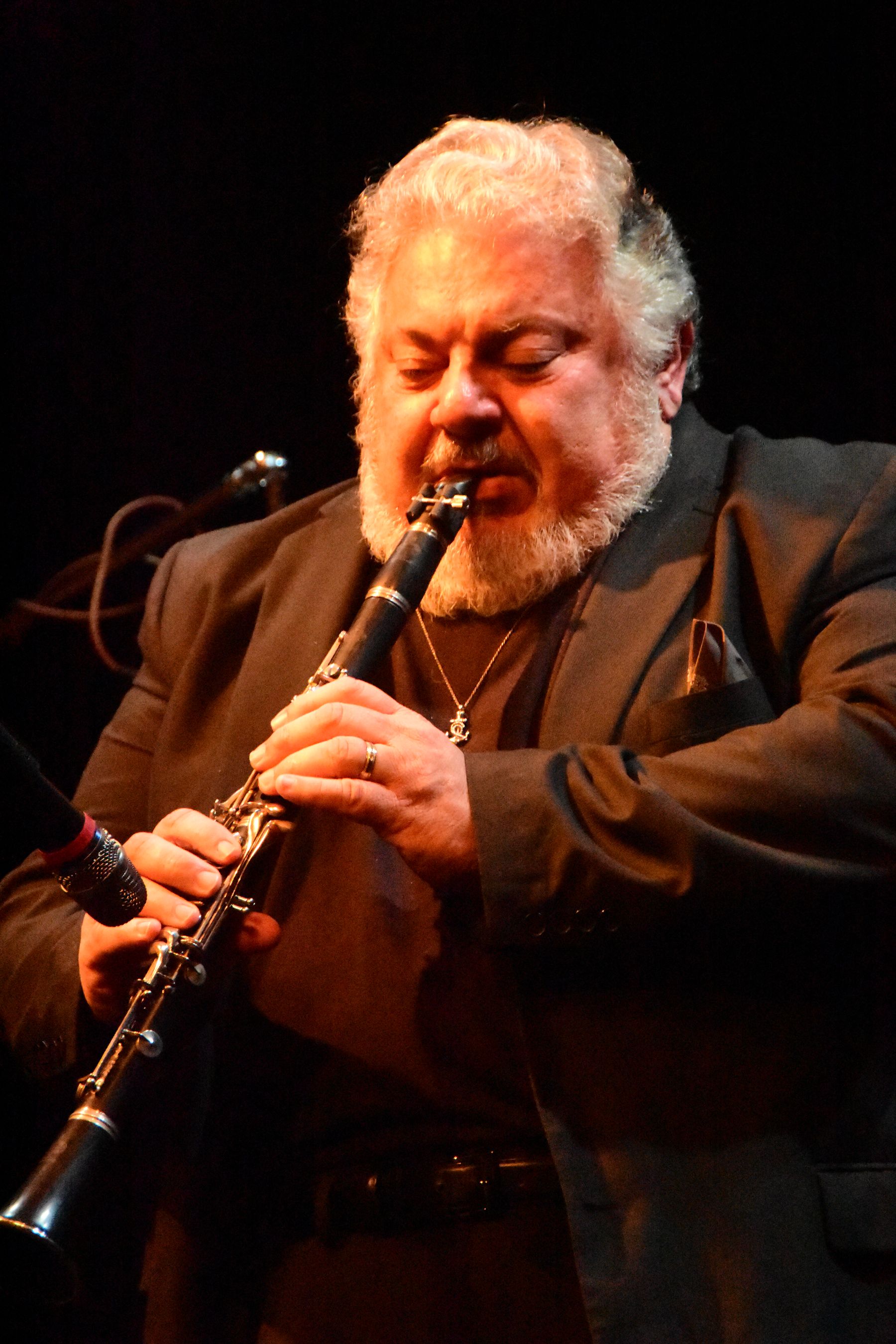 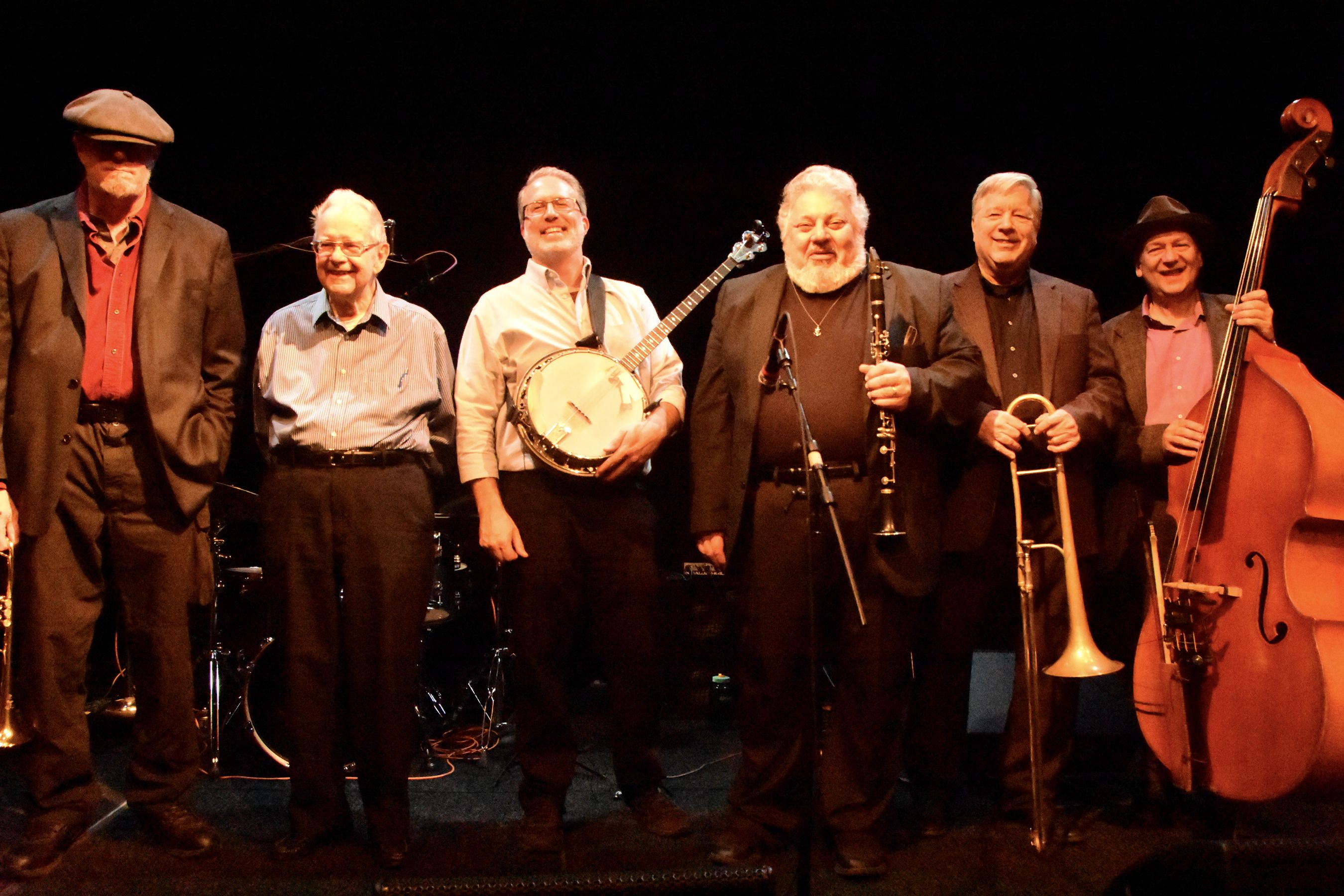 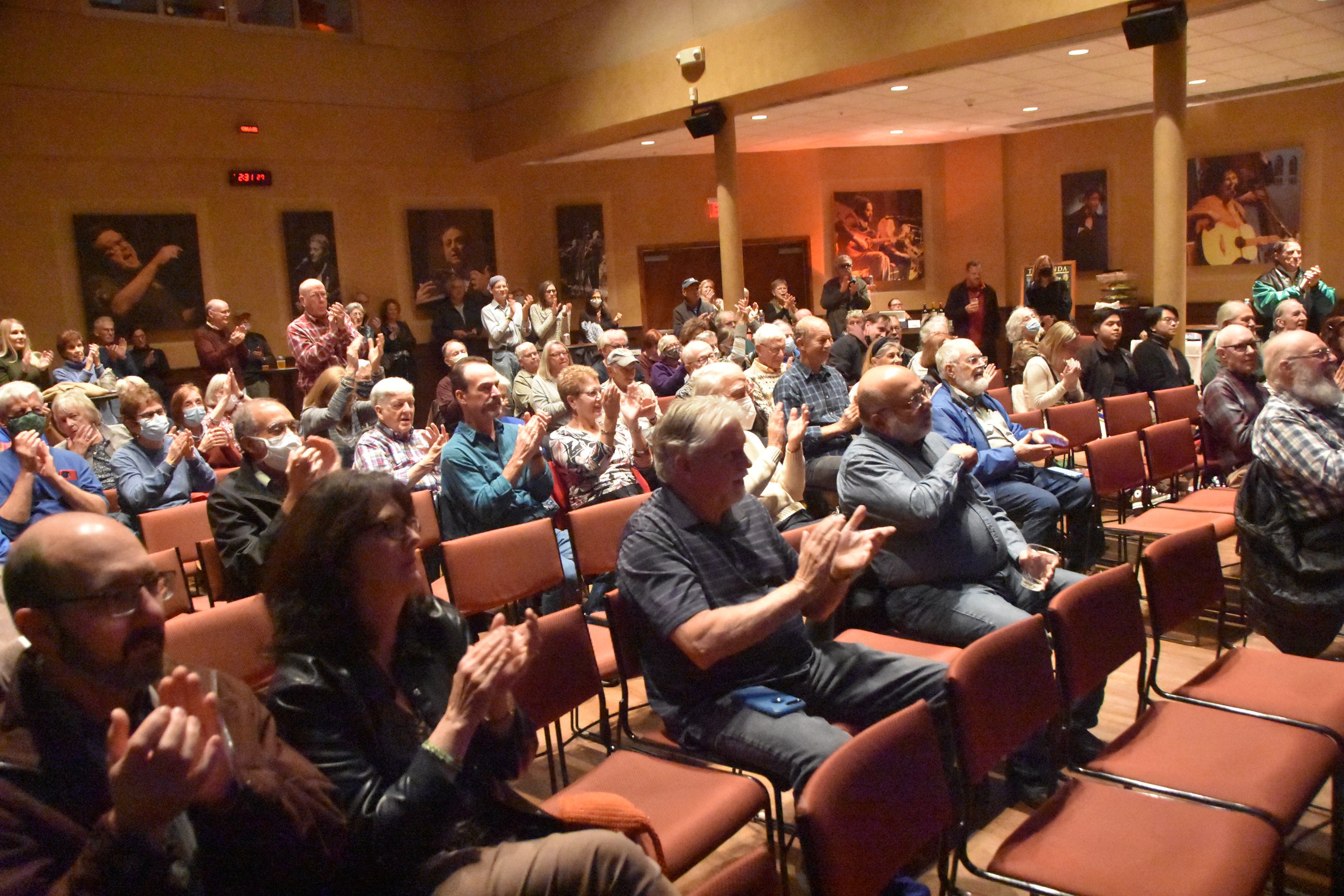 House of Saturn Breaks Down Walls of Genres