MARLBORO – Sophisticated yet roots-oriented Elio Villafranca (EV) performed at the Falcon this past Sunday, featuring portions of his suite “Cinque” as well as several other of his compositions.

The performance is a sound collage of the story of Cinque, who started life as a free man in what is now Sierra Leone but was pressed into slavery and transported to Havana, Cuba. Then aboard the coastal schooner Amistad, he led a revolt of the slaves on board that took the ship on a long circuitous voyage that ended in Long Island.  After legal cases up to and including the Supreme Court, Cinque eventually made his way back to Sierra Leone.

The recorded suite itself is close to two hours long and includes a plethora of musicians, including a chorus and singers. It incorporates many of the rhythms and sounds of the African diaspora along with flourishes of classical music and post-bop jazz. This abridged version was performed with a quartet with the aid of recorded narration and field recordings in between the quartet’s performances.

The opening three compositions painted a musical impression of Cinque’s early life, from his birth in Sierra Leone through the Middle Passage to the Americas.

“Cinque” opened as a somber march on the piano with the rest of the band slowly following in, and the rhythms becoming more syncopated as the composition progressed.

“Capture” was as dramatic and scary as it should be, depicting the chase of Cinque through the jungle. The piano playing leads the description of Cinque’s desperate flight in vain from the slave traders, with bass and drums with a short interlude of flute giving close support.

“Passage” depicts the tortuous transatlantic passage from Africa to Havana. Notes of pathos, desperation, the swirling sea, and forward movement created a bed of sound from the piano, bass, and drums. The tenor sax represented the cries and misery of the human cargo making the voyage.

The remaining performances consisted of music that more closely inspired Villafranca’s own Congo-Cuban events, as well as Congolese and Haitian traditions.

“Maluagda” is a Congolese-Cuban chant to a deity from EV’s hometown in San Luis in Pinar Del Rio.

“Madre de Agua” (Mother of Water) is a ballad-like tribute to the goddess of water.

“Night of Fire” painted a musical picture of the August 19, 1791 slave revolt in Haiti that ultimately resulted in the independence of Haiti. Sam Dillon’s powerful shrieks on tenor provided the feelings of anger and power from the revolting slaves. Drums and bass depicted the organization and spreading of the revolt. Piano represented the fire.

The closer was “The Kingdom,” a new original that EV composed during the pandemic. It was perhaps the most organic of the pieces. He explained that he was inspired by the feeling of tribal energy; with the idea being the entire human race. Bass and drums were together as one. Sax and piano dueled with each other over the beat, providing many variations over the same theme.

EV’s piano was lyrical throughout, delivering rapid-fire notes with a powerful right hand when appropriate. Drummer Ferenc Nemeth exhibited joy in his playing, always providing a groove with occasional displays of flash. Ed Perez was rock solid on bass, but never forgot the Latin influences of his music. Sam Dillon was sparingly used during the set. However, his playing on tenor sax and flute was both imaginative and virtuosic, adding accents and emotions to the performance,

The next performance in the Jazz Coalition Series will be on Dec. 10, with avant-garde composer/singer Faye Victor performing “Sirens and Silences.” Visit liveatthefalcon.com for more information or to make reservations. 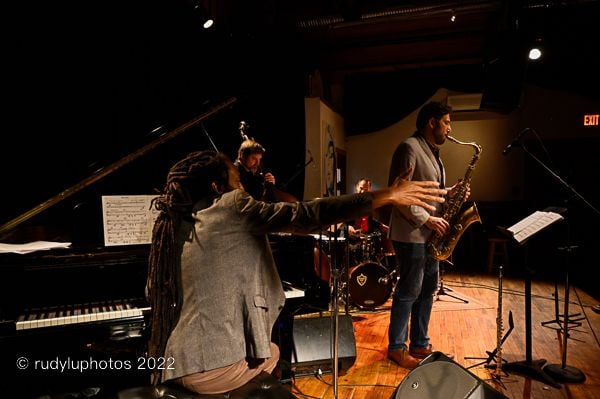 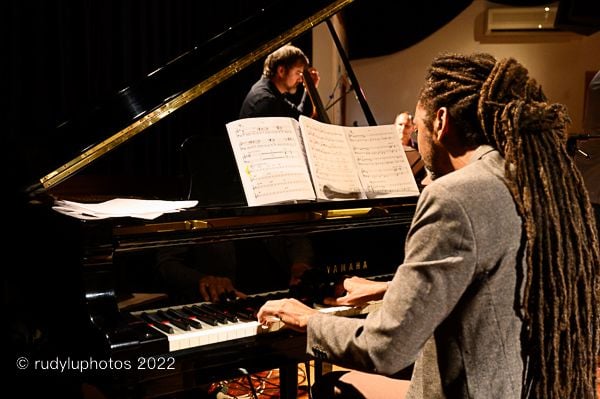 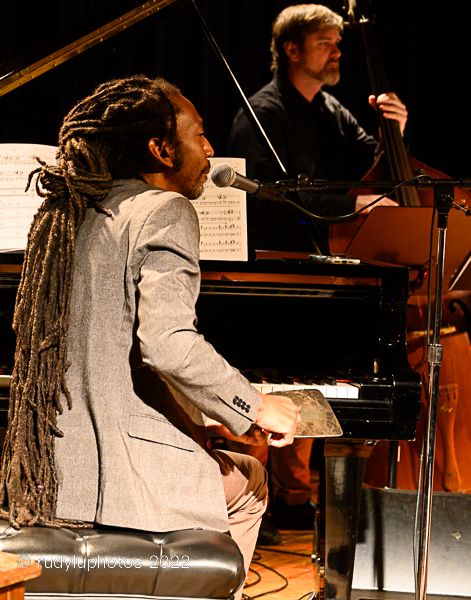 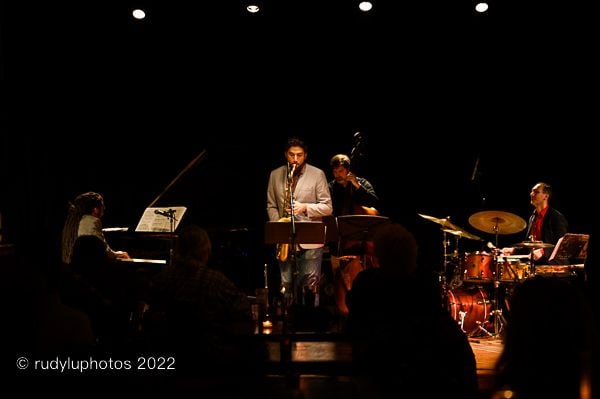 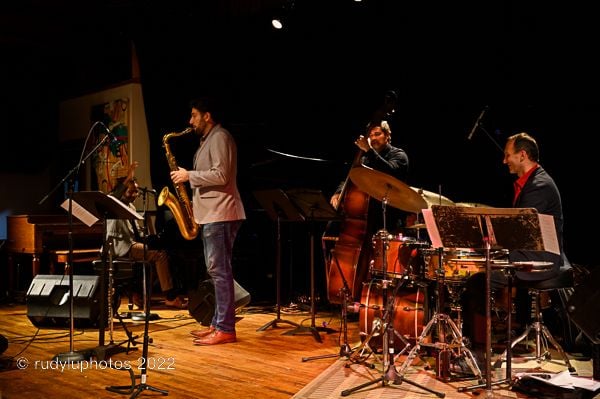 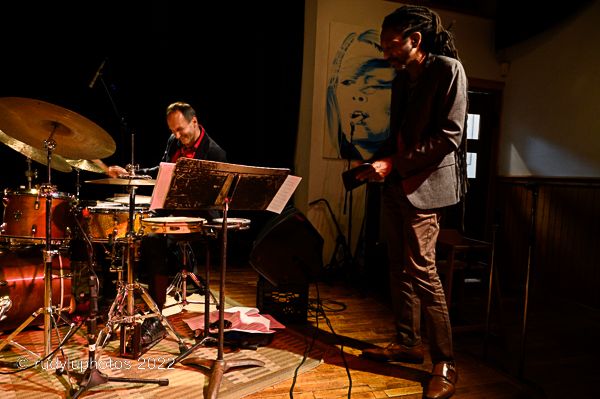 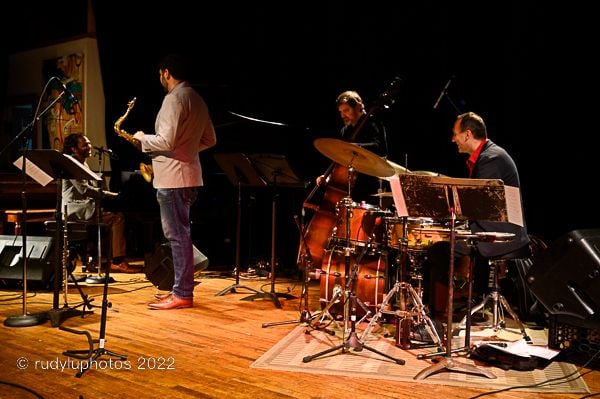 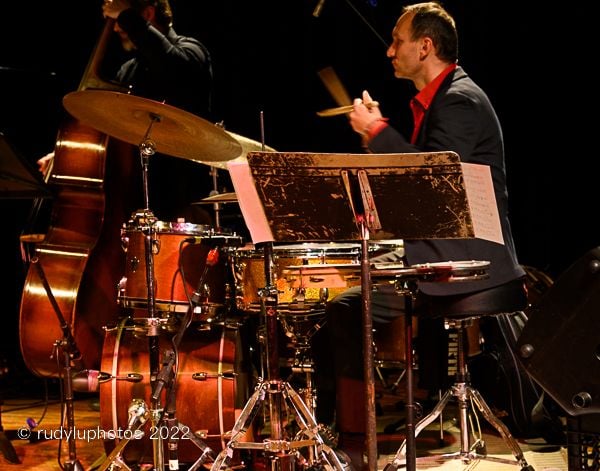 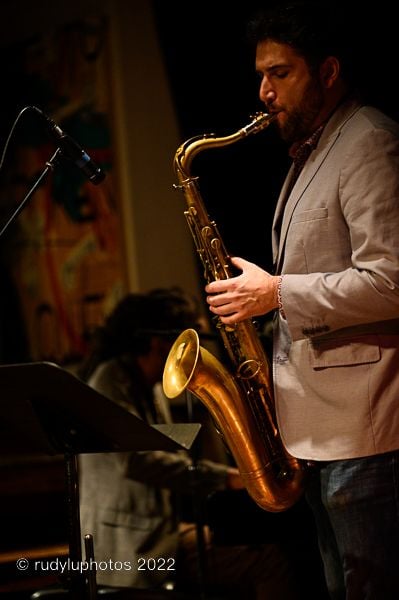 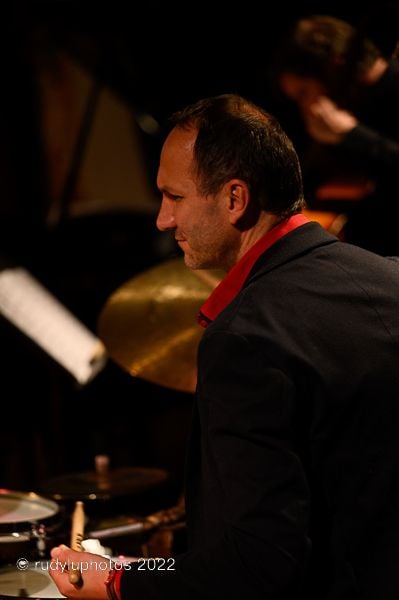 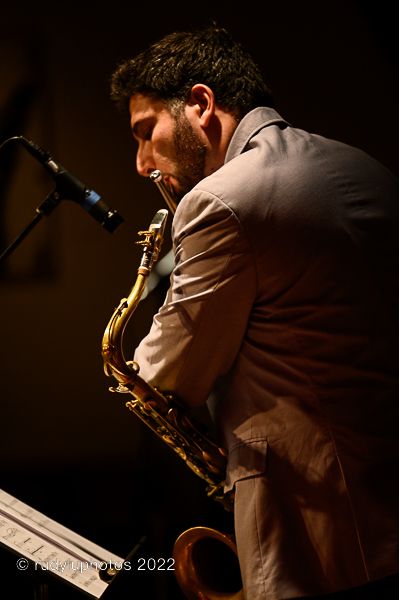 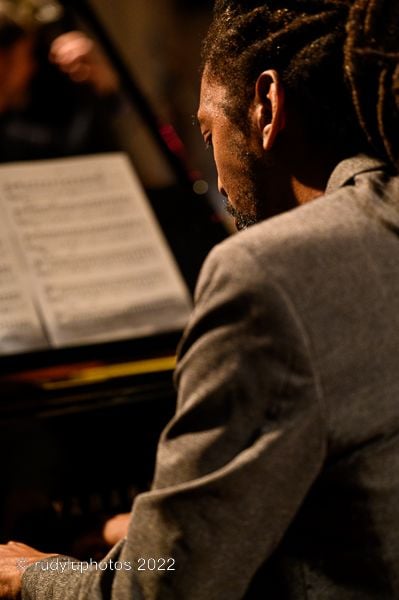 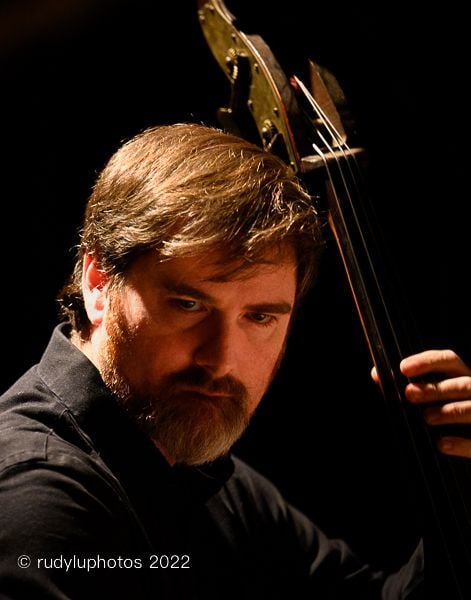